Our house is on fire. Absent global action on an unprecedented scale, it will stay that way. 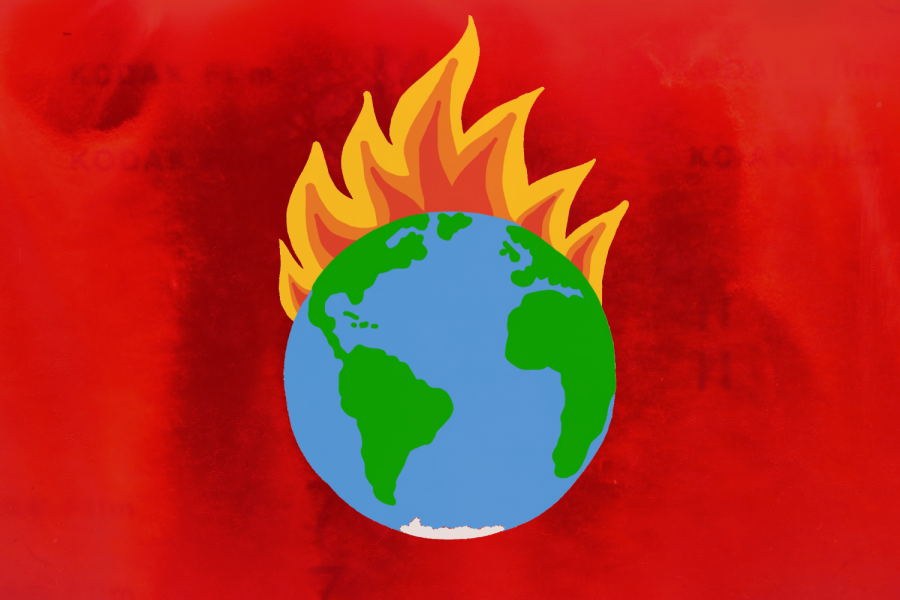 Climate change is not new, but in recent years its consequences have become viscerally apparent.

The 2017 wildfire season was the most destructive on California record — until 2018, when wildfires killed over 100 people and caused over $3.5 billion in damages. And this July was the hottest month in recorded history. Since then, statewide red flag warnings and PG&E power blackouts have made it clear that last year’s devastation was part of a trend. Our house is on fire. Absent global action on an unprecedented scale, it will stay that way.

If there is a silver lining to this cloud of smoke, it is that climate awareness and activism have skyrocketed. On September 20, four million people marched in the Global Climate Strike, the largest event ever of its kind. Many of those people were high school students. At the September 23 United Nations Climate Action Summit, where most countries promised disappointingly little, 16-year-old climate activist Greta Thunberg said to world leaders: “For more than 30 years, the science has been crystal clear. How dare you continue to look away and come here saying that you’re doing enough, when the politics and solutions needed are still nowhere in sight.”

She added, “The eyes of all future generations are upon you.”

In September, after overwhelming pushback from homeowners, the Mill Valley City Council withdrew a proposed fire safety ordinance that would have required the removal of vegetation in a three-foot perimeter, or “hardscape,” around homes. Over 1,800 people signed a Change.org petition lobbying against the ordinance. “Curb appeal, a critical component of home value, will be destroyed in many cases” if the hardscaping provision were to pass, the petition warned.

It’s difficult to imagine that houses that burn down will retain their value. That the hardscape plan became a “voluntary” suggestion should not be misconstrued as a compromise. Instead, it is an indication of a broader, worrisome truth: Making environmentally conscious decisions is difficult, and assigning responsibility to others is easy. Governments and corporations are largely at fault for the damage that has been done to the planet. At the same time, people who are overeager to allot blame ignore their own role in attenuating that damage.

Then our responsibility is twofold. On an international level, our generation must continue to pressure politicians and industries to enact long-overdue regulations.

In our cities and schools, we should work to institute policies that make an environmentally positive lifestyle the path of least resistance.

“Reasonable policies” in the above sense do not have to also be unpopular. For example, parking at Tam is notoriously overflowing. If school administrators created parking spaces designated only for students who carpool, they would incentivize sustainable actions without mandating them. Another example: Our district does not compost organic waste. If TUHSD administrators implemented a compost collection system, compensating custodial staff as necessary for the additional work, and if those administrators made trash and recycling containers more accessible, fewer students would be inclined to litter.

If the Trump administration continues to ignore or roll back environmental rules, local governments can work with citizens and corporations to pass responsible climate standards, as California and automakers have attempted to do. To start, Mill Valley, Sausalito, Marin City, Bolinas, and other cities should follow Fairfax and San Anselmo by instating bans on single-use plastic.