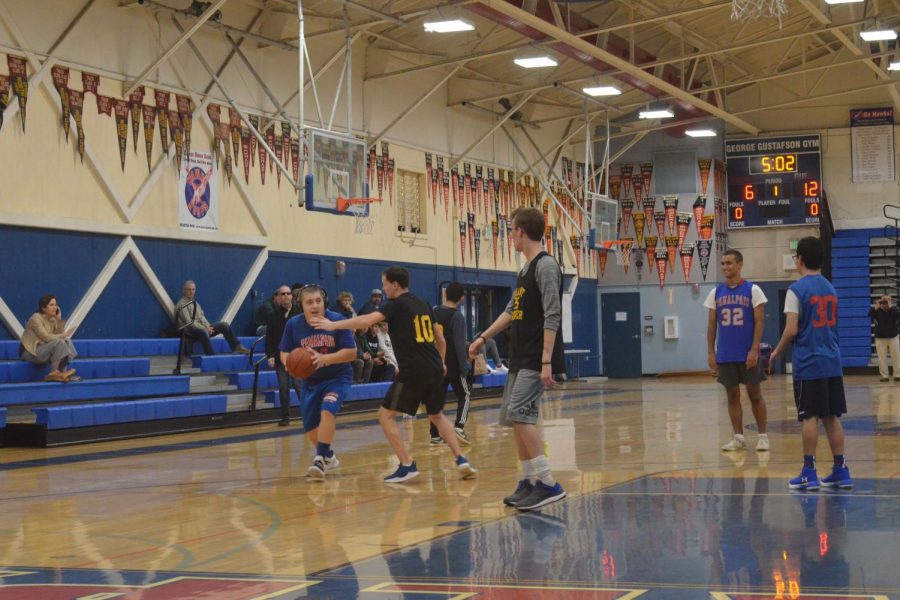 In Unified Sports, a part of Special Olympics, students with and without special needs play alongside one another. On Wednesday, that meant a dynamic game in which Grant Grover quickly took the lead and Tam never fully recovered, finishing 30-37.

Juan Sanchez and Alex Leszczynski scored the first points of the game for Tam. Kevin Delgado gave the team some of its standout moments, scoring in three consecutive possessions and later in two more.

But Tam’s efforts fell short of overtaking Grant Grover, which leapt ahead early in the game and never faltered.

Before the fourth quarter, a coach asked Tam’s Cade Slijepcevich if he needed a break.

He said, “I don’t rest.” (Slijepcevich is a reporter for The Tam News.)

“We all won because we had so much fun,” coach and special education teacher Michael Lovejoy said. “Sportsmanship, competition, and friendship are the most important parts.”