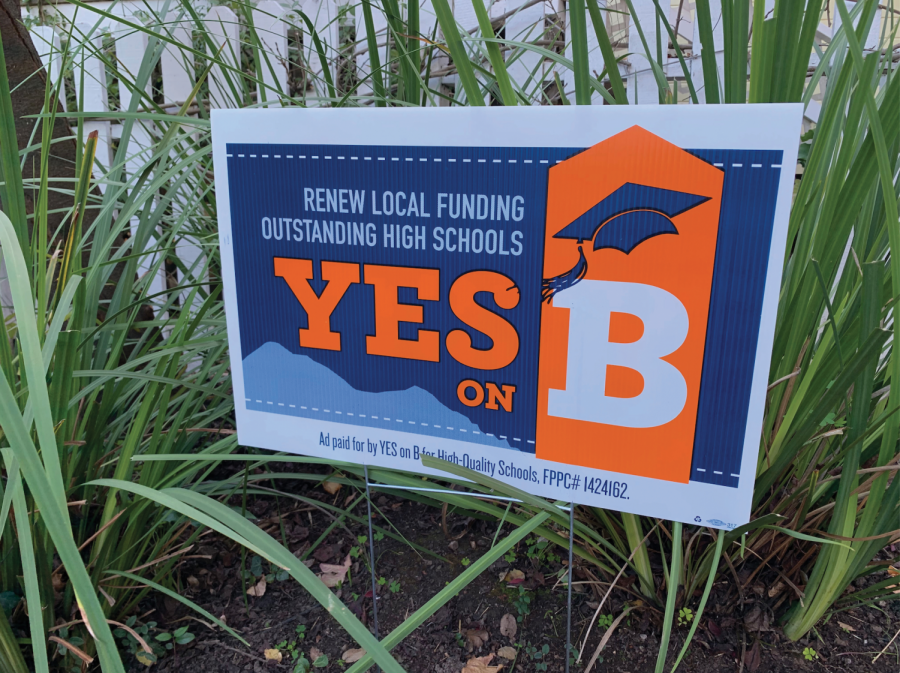 Voters will decide in the upcoming election cycle whether the Tamalpais Union High School District (TUHSD) will implement a $645 parcel tax. This follows and will replace a previous parcel tax of $442, Measure J, which expires in 2022, passed by the district in 2018 as a part of its efforts to minimize the impacts of the current financial crisis.

A parcel is a segment of taxable land.

The tax, titled Measure B, would increase three percent each year for a maximum of 10 years, raising the district roughly $23 million annually. The bill states funding would go toward attracting and retaining teachers, maintaining academic and arts programs, and supporting college preparation and career-development programs for students.

“If Measure B fails, we will likely try to take another shot on the November 2020 ballot, but that would be a board decision. If it fails and we don’t secure the increase in funding, we would reconvene a fiscal advisory committee and repeat the process we went through in 2018 to identify necessary reductions in expenditures. Some cuts would be unavoidable if the measure fails,” district superintendent Tara Taupier said.

Some TUHSD residents are concerned by the flat rate policy in Measure B, which would tax all residents the same amount regardless of income, parcel size, or property value.

“Their [my neighbor’s] house is a block-to-block lot with two homes and two separate two-car garages. We pay the same tax. Next door to me is a three-unit multi-family apartment building. We pay the same tax,” Mill Valley resident Lisa De Gennaro said during a district board meeting. “It’s really hard when you’re in a lower-income [bracket] … All these people that support the tax also support diverse and lower-income homes. My home is 500 square feet, yet I pay the same as the McMansions and I just don’t have that budget.”

California Proposition 13 prohibits parcel taxes based on land value, but not those based on property size. However, according to Taupier, taxes based on parcel size have been struck down in the past by courts.

“The issue at hand is that parcel taxes cannot be based on the value of the property but rather must be uniformly applied to all parcels. The courts have not set a precedent on what ‘uniform’ means,” Taupier wrote in an email.

District enrollment is projected to peak in the 2020-2021 school year and then gradually drop off throughout the next decade. If enacted, Measure B would expire in 2030. Some residents have criticized Measure B as being unnecessary given the projected decline in enrollment across the district.

“For a basic aid district, declining enrollment is a fiscal windfall,” the Coalition of Sensible Taxpayers, a Marin grassroots taxpayer advocacy organization, said in campaign materials criticizing Measure B. However, the district believes enrollment will not fall quickly enough to stabilize the budget.

District residents will vote on Measure B on March 3.