An outsider’s perspective on American patriotism 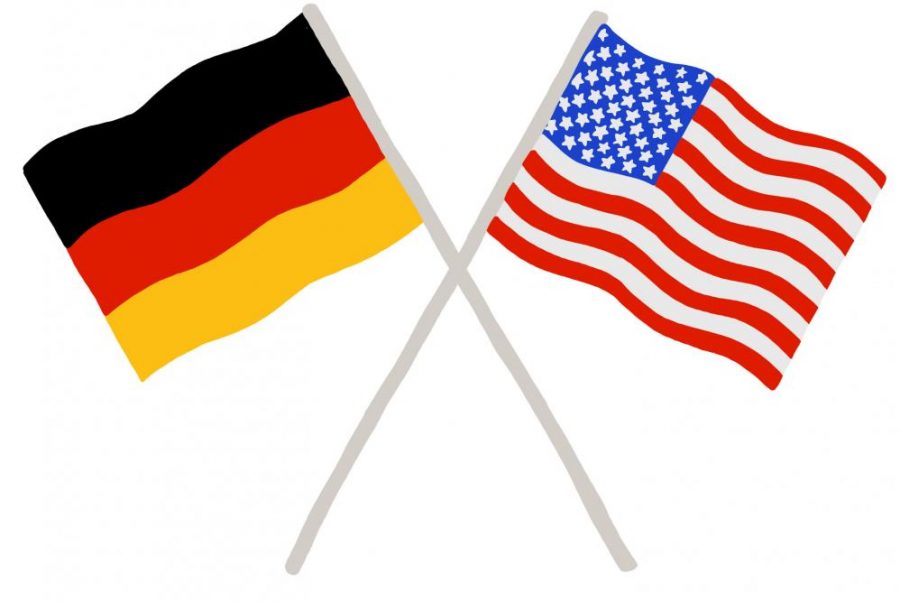 There are many things I expected when moving to the U.S. I looked forward to the people, the music, the weather and the more relaxed way of living life. I expected to have to adjust to a lot of new normalities. I also expected to fit in, I had every reason to believe so. I might have grown up in Germany, but my mom is American, I spoke the language, I watched English TV shows, and listened to American music, and to all of my German friends I was extremely American.

What I didn’t expect was to feel like a stranger in my own country. I experienced a culture shock, and still do, pretty much every day

About a year ago, I had been living in the United States for one year after moving from Germany in 2017 to start high school here. Some of my friends and I decided to go to a football game at a neighboring high school. My friend Mia, who was visiting from Germany, and I were particularly excited because this was a real football game at a real American high school, just like in the movies we’d grown up watching. In Germany all sports are played outside of school in a club, and are never this big of a deal. As we were observing the different people gathering to watch the game, the marching band walked onto the field followed by cheerleaders. Finally, the football team ran through a paper poster onto the field. Mia and I were oblivious to anything else at this point, as we were too excited about the fact that this felt like straight out of a movie. Everything seemed too unreal, too stereotypical: pick up trucks, the whole high school and families coming to watch the game, the cheerleaders and school spirit.

I remember that suddenly everything was quiet for a few seconds, then everyone stood up as the marching band began to play music. My three friends from high school stood up and put their hands on their hearts, as did the rest of the crowd. Mia was confused but still distracted by everything that was going on. Whereas I, at this moment, was having an inner battle with myself. As the crowd began singing the national anthem, I had a hundred different thoughts pop up in my brain. Should I stand up? Of course I should, I am American after all. But I don’t know the words. Do I want to stand up? Why are they doing this? I don’t think I should

I was confused about what it meant for me to stand up and pretend to know the words, or what would happen if I stayed seated. I quickly noticed that staying seated sparked multiple angry and confused glances back at me from the people sitting in the rows around me. I felt so conflicted, like I was letting down the American part of me. But I wasn’t raised this way. I didn’t grow up knowing the words to the national anthem or the Pledge of Allegiance, I wasn’t taught nor expected to know them. So why should I now

Patriotism is something that I have noticed to be extremely important here in the U.S. Being proud of this country and what it represents is taught to kids at a very young age. I didn’t learn that. In Germany patriotism is very complicated. My generation, as well as the generation before me, is taught to be cautious about patriotism as they have seen the abuse of it be used in the worst ways possible. Yes, many people are proud to be German, but when I was growing up, you weren’t taught to be historically proud of the country. Patriotism also wasn’t a bad thing, as long as it wasn’t abused or twisted as it had been in the past.

At this football game, I watched the faces and the body language in the crowd and realized the genuine cultural difference between them and myself. They stood proud and concentrated while I sat insecure and conflicted. To this day I am fascinated by the fact that just because I have grown up with two nationalities, I will never be able to understand what it is like to truly belong to one. Which makes it pretty much impossible for me to stand with one country the way that everyone else did at that football game.