This Valentine's Day, Tame Impala, a.k.a Kevin Parker, the Australian psychedelic-indie artist, released his fourth studio album. Compared to the rest of his work, The Slow Rush is a disappointment. 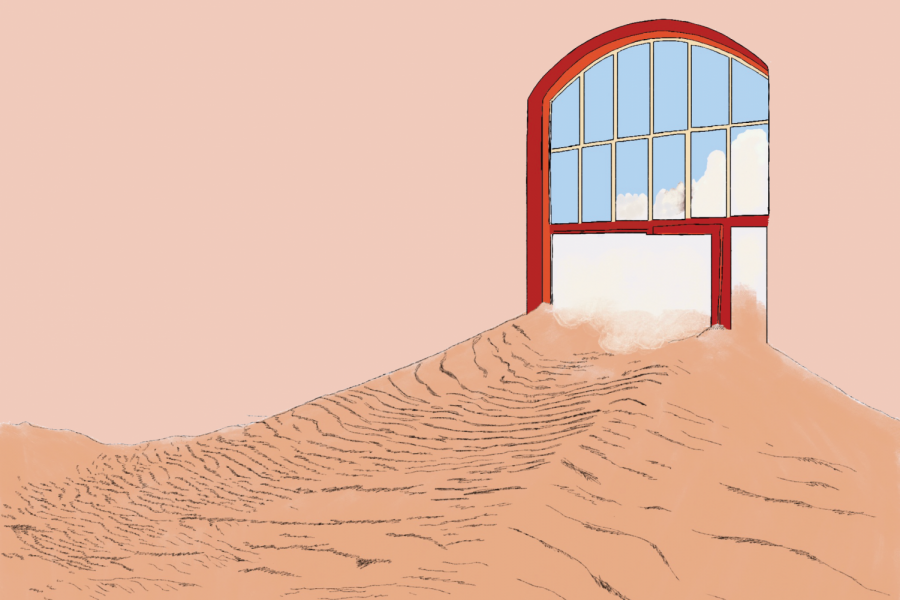 This Valentine’s Day, Tame Impala, a.k.a. Kevin Parker, the Australian psychedelic-indie artist, released his fourth studio album, The Slow Rush. I went to my first Tame Impala concert in the seventh grade, and have loved his music for years. He has consistently come out with stellar albums since 2010, with classics songs such as “Desire Be Desire Go,” “Feels Like We Only Go Backwards,” “Let It Happen,” “Eventually,” and many others. I couldn’t wait to see what new tracks I could get hooked on. While I was expecting him to continue with this pattern of breathtaking songs full of unique and unparalleled melodies, what I got was something just OK. Compared to the history of this popular artist with over 13 million monthly listeners on Spotify, The Slow Rush was a disappointment.

The main issue I have with this album is the lack of new material. A third of the songs had been released as singles before the album release: “Borderline,” “Posthumous Forgiveness,” “Lost In Yesterday,” and “It Might Be Time.” When I heard these songs a couple of months ago, I was completely obsessed, and they made me even more excited to see what Tame Impala would produce in their album. However, having these songs be a large chunk of the album surprised me, and not in a good way. For someone that cycles through music quickly, I felt like I had already worn out these songs. I wanted to be refreshed with a new series of Tame Impala songs to play on repeat and add to my playlists, but instead I was listening to the same old tracks I was already tired of. They still were, and always will be, some of his best songs, but with an album you expect new material. This resulted in me losing excitement over new songs, because I was already disappointed by the third track.

While I was already let down, I couldn’t ignore the few notable new tracks the album had to offer. Just as I expected, they didn’t compare to the four tracks that had already been released. There are only two that stood out to me: “Is It True” and “On Track.” “Is It True” stood out among the other new tracks in the album, with its catchy and upbeat rhythm making you want to dance around, and how it strayed away from the typical synth we get in most Tame Impala songs. “On Track” was more of your classic Tame Impala song, leaning into the electric keyboard and synth that “Is It True” strayed away from. The rest of the six remaining songs, however, all sounded the same to me. They had the same characteristics of “On Track,” but what makes “On Track” different is that it feels like an original Tame Impala song, something authentic, when the others felt like watered-down renditions of it. One track, “Tomorrow’s Dust,” is the prime example of this. “Tomorrow’s Dust” is five minutes and 27 seconds of the same synth and basic drum beat I heard many other times throughout the album, with hazy melodic “ooohs” and “aaahs” and mumbled lyrics. Anything Tame Impala produces is obviously listenable, and I didn’t necessarily dislike the song, but compared to the crisp storytelling I normally expect from Parker this song, among the many others, seemed fake. Why would Parker release his four best songs before the album? I couldn’t tell you. But it made the new songs we were supposed to be excited about look even worse.

Don’t get me wrong, the other songs sound fine, but fine wasn’t what I was hoping for when I waited patiently for this album. I expected more from this artist, one I know is insanely talented. But, with the combination of already released, and therefore unsurprising, songs, and over half of the album sounding fake and disingenuous, it left The Slow Rush as something forgettable.