A monster truck competition is the one sporting event I wouldn’t miss. 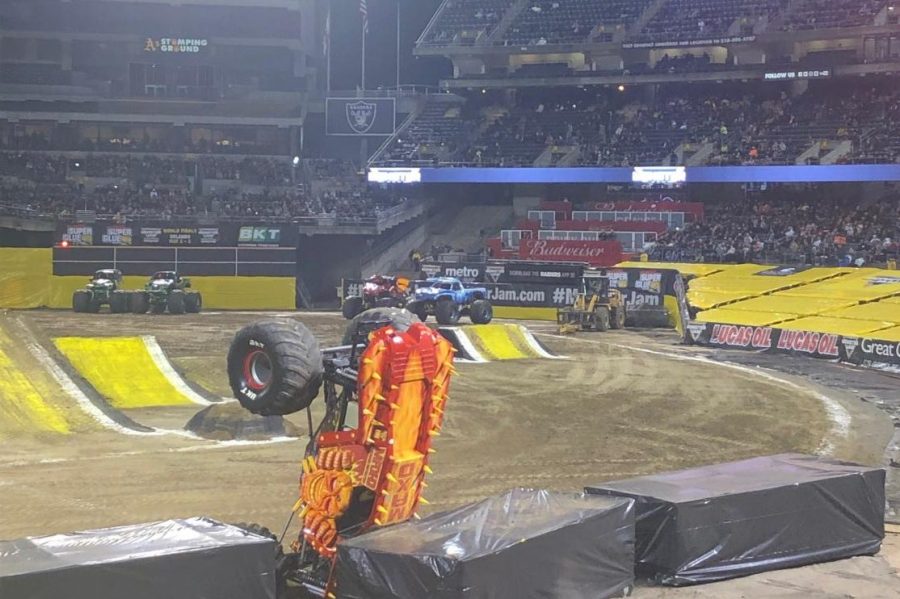 Sporting events are typically the epitome of boredom for someone like me, who has never been all that interested in them; however, a monster truck competition is one event I wouldn’t miss.

I had the greatest privilege to attend the 2020 Monster Jam Tour in the Alameda County Coliseum in mid February. A Monster Jam is a monster truck competition where drivers put their skills to the test. It’s the only event in the wide realm of sports in which a 55-year-old man can go head-to-head with a 25-year-old woman.

The “jam” was certainly unique, with the delightful scent of churros and gasoline wafting throughout the concrete stadium. When I bought my ticket for $25, I made all too many assumptions about what I was getting myself into. My expectations included the majority demographic to be right-wing rednecks, and a similar masculine vibe as my hometown in Ohio. Needless to say, I was accustomed to such an environment, but boy, was I mistaken. 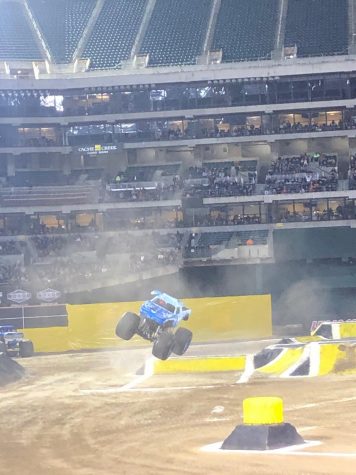 There was the occasional drunk white man sporting camo and a beer gut, but the crowd was pretty diverse. The age range amazed me as well. There were babies in the audience seated next to people in their 70s at least. It was awesome.

The trucks were massive and produced quite an impressive sound, but the announcers and the music they played were just as pronounced. Stadium workers sold earplugs down the aisles.

Each monster truck had background music to their entry onto the field (Or track? Dirt pit? I don’t even know). It was absolutely hilarious to see a rail-thin truck driver hop into his massive vehicle with Guns and Roses’ “Welcome to the Jungle” rattling the arena as fanfare.

There were three major competitions. The first was a classic race around the dirt arena between two trucks. The area was decked with about four mounds of dirt, each at least 15 feet tall, and a large green wall for them to flip from.

The event held the audience on the edge of their seats, especially when driver Brianna Mahon flipped onto her roof like a turtle stranded on its back.

Stalling out and getting stuck was a recurring aspect of a Monster Jam, coinciding with truck decals falling off or obliterating completely. This only added to the intrigue of the event.

The third round (at this point the crowd was louder than the announcer) was known as the Freestyle. Each monster truck was given 90 seconds of fame on the field, a chance to improvise their greatest tricks and push their engines to the limit. The drivers pulled off donuts, wheelies, and my personal favorite: gainers off of the green wall. In other words, the trucks would drive at the wall head-on, and upon impact would flip backwards and (most often) land upright.

After watching a few freestyles, I realized that I got more of a kick out of the event when the trucks stalled out or popped a tire rather than a successful attempt. When a competitor found themselves in a pickle, golf carts and a mini crane would scramble into the ring with flashing lights on their roofs. Damage control would hop out with their little helmets and headphones before running frantically about the massive truck, trying to figure out how to de-turtle the monster and deliver it to safety.

After the driver had gotten out of their truck safely and performed a disturbingly entertaining victory dance, the crowd would roar with excitement. Audience members are the judges for a freestyle, and interestingly, yet unsurprisingly, those with the greatest failed attempts would gain the highest score.

Unfortunately, like all good things, the Monster Jam came to an end after a runtime of about two and a half hours. To close the event, the Jumbotron presented a short video of the drivers working with children of St. Jude’s Children Hospital, promoting the opportunity to donate to the organization. Underneath their monster truck uniforms, many drivers were sporting St. Judes t-shirts branded with the slogan, “This Shirt Saves Lives.” This small-in-means but large-in-thought act of promoting the hospital proved to be a very sweet and sentimental touch by the drivers.

All too often — and I admit to being guilty of this — monster truck drivers and the fans of Monster Jam are depicted as crude rednecks of meager heart, but as I experienced firsthand, that truly is not the case. I saw Monster Jam as a unifying moment between a whole range of people, people who were just there to have fun and enjoy themselves. I highly recommended looking into the upcoming Monster Jam Tour dates, and I also plan on attending the next event that comes to the Bay Area.