For a man of multimillion-dollar ideas, Musk should have left this song on the cutting room floor. 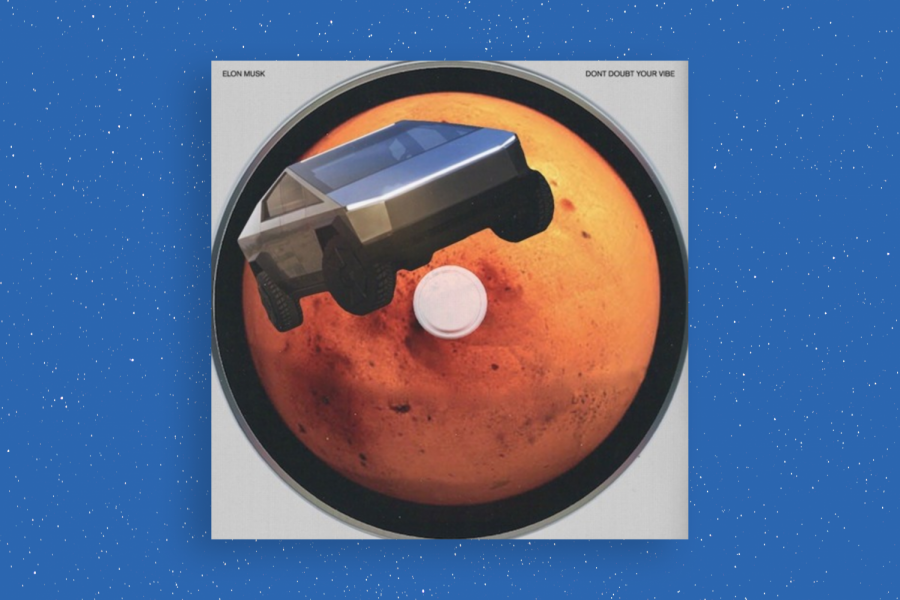 Elon Musk, one of our most culturally relevant billionaires, has graced the internet with his second single, “Don’t Doubt Ur Vibe.” I went into this with high hopes, hoping to hear the essence of Mars colonization and the belief in the simulation ringing in my ears. Sadly, for a man of multimillion-dollar ideas, Musk should have left this song on the cutting room floor.

Released on January 31, “Don’t Doubt Ur Vibe” is a generic encapsulation of the last decade of electronic music. Musk’s attempt to twirl Berlin house and American techno only produced one of the world’s one most monotonous songs. The auto-tuned lyrics, “Don’t doubt your vibe because it’s true … don’t doubt your vibe because it’s you,” repeat through the whole song over a track that sounds like Musk searched “rave music” and just went with it. The absence of originality was a little shocking.

Musk’s second song lacks the intent and effort of his debut, “RIP Harambe,” released in 2016. His first song — I admit with embarrassment — kind of slaps. Sprouting from the trend of Soundcloud rapping and the deceased gorilla internet sensation Harambe, it swirled low-effort sound mixing and online culture into one chaotic piece. It bangs in a way that only a meme song can, like that shooting stars meme, where people fall with galaxies in the background. It’s crap but I can get with it. Sadly, “Don’t Doubt Ur Vibe” was no joke.

Four years after his promising beginning, Musk has lost his relevance. His first song didn’t need to be good, as it was just aiming to be funny. “Don’t Doubt Ur Vibe” was no musical feat and had no sense of humor.

Musk is one of the better billionaires: He might have a buttload of money, but at least he’s entertaining. The internet has been laughing at him for years, fueled by his out-of-the-box ideas, including Tesla’s Cybertruck, which looked like it was pulled from Lego City, or his proposal of building a 3.6-mile underground tunnel to Dodger Stadium to cut down the commute. He’s built a very specific persona for himself online: the old guy so desperately wanting to be a part of pop culture it’s a little sad. That was the worst part of “Don’t Doubt Ur Vibe,” though. The song didn’t add to his character in any way because it was just a wild grasp for continued recognition. If anything, the song may have just made him more boring.