Review: To All the Boys: P.S. I Still Love You

I loved the movie To All the Boys I’ve Loved Before. Yet, when I saw the movie’s sequel, the bar of quality and enjoyment that the first film had set was sadly missed. 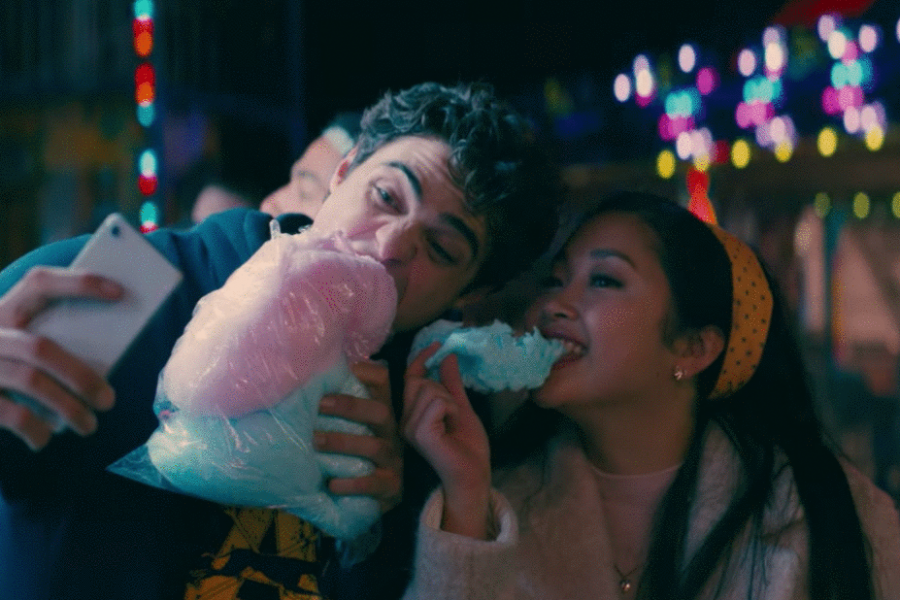 Who doesn’t enjoy a good rom-com? I certainly do.

I loved the movie To All the Boys I’ve Loved Before. I liked that it starred a female that not only looked like me but also shared a similar upbringing. I liked that the typical romance movie cliches were just abundant enough to get the stamp of approval from fans of the romance genre. Yet, when I saw the movie’s sequel, To All the Boys I’ve Loved: P.S. I Still Love You, the bar of quality and enjoyment that the first film had set was sadly missed.

To All the Boys I’ve Loved Before is about a Korean American teenager, Lara Jean Covey (Lana Candor), who writes love letters to her crushes as a way of working through her emotions. However, eventually the letters get out, and to hide from her current crush, who got a letter, she starts a fake relationship with the most popular boy in school, Peter Kavinsky (Noah Centineo), who also got a letter. Peter goes along with Lara Jean because he wants to make his ex jealous and she wants to hide from her crush. Of course they fall in love and the fake relationship turns into a real one and there’s a nice and happy ending.

For years, my best friend had been telling me to read the series, and I kept putting her off, telling her I was too old to actually enjoy that sort of thing. I, a seemingly mature young woman, was reading nonfiction books about segregation and 60s culture, novels that were literary tapestries so complicated chapters had to be read twice, etc. However, after I watched To All the Boys, I went and read all the books as soon as I could get my hands on them. So, when the sequel, To All the Boys: P.S. I Still Love You, came out on Netflix on February 12, I put aside studying for the two tests I had the next day and binge watched it with a cup of tea and a soft blanket.

The movie was not worth a good cup of tea. Chalk it up to bias from actually reading, and liking, the books, but P.S. I Still Love You just barely stacked up to the first movie and definitely not the book it was modeled after. The plot of the book and movie P.S. I Still Love You follows the new relationship of Lara Jean and Peter. However, Peter seems to be meeting with his ex quite a lot. Lara Jean is self-conscious and John Ambrose McClaren, a boy Laura Jean had written a love letter to years ago, re-enters her life and seems to be holding a torch for her from way back when. In the book, Laura Jean wrestles not just with being in a relationship where it seems the two people come from different worlds, but her widowed father dating, feelings she holds for other boys, and questions around sex and intimacy. Of course these are all complex topics and no film can hardly be held to the standard of perfectly conveying them all, plus a love story, in two hours, much less the one-hour-and-thirty-six-minute run time of P.S. I Still Love You. It also does its best to include these sub-plots instead of bulldozing over author and creator Jenny Han’s intentions for this story. Yet, one can only wonder if choosing one subplot to highlight instead of two or three might have made its message more powerful instead of three small, diluted messages.

For example, in the books and the new movie, Lara Jean struggles with being a virgin but having a boyfriend who’s had sex multiple times and frequently did with his ex. In one scene, the topic comes up and both have a healthy conversation about consent, pressure, and comfortability. It was the beginning of what could be a powerful scene, especially when considering that the target audience is probably themselves dealing with these same questions or similar ones. Yet Netflix moved on and never mentioned it again, forgoing a powerful message they could have imparted on a widely viewed platform.

Lastly, there were just some strange and out-of-place choices made during the film. Both movies were made with Lara Jean’s internal monologue as narration. It is used well in both movies to change up the pace and gives the viewer a more intimate insight into Lara Jean’s thoughts and feelings. However, in one scene, where Lara Jean is feeling down, she starts singing with the background music while looking into the camera and gliding through a school hallway. It’s disorienting and heavy-handed that Lara Jean’s singing is just short enough to seem like an afterthought that the editor or directors thought might look good and then forgot to delete later. Or, at the end of the movie when Lara Jean kisses her boyfriend, the camera starts to rise but the couple does not leave or move within the frame. It makes it look like two people have suddenly gained the ability to float or they stepped onto a crane that was just out of frame and are now being lifted into the air by said crane. Now, I’m no diehard realist that deplores fourth wall breaks or shuns film techniques that try to convey feelings rather than reality, but these two scenes were the exception, not the rule, and were wildly out of place in a movie made for teens whose first movie never did anything like this.

I ended the movie wondering if creators had been under pressure to release the movie as soon as possible and/or didn’t have the same budget as they did on the first movie. To viewers who have read the books, this movie is a letdown. To those who only saw the first movie, I say “Stop while you’re ahead or just read the book.” And to those who’ve never seen either, I hope you don’t feel the same urge I did to finish what I started.