Editorial: Save our schools

Measure B failed, and our district is facing drastic cuts. We can't let that happen again. 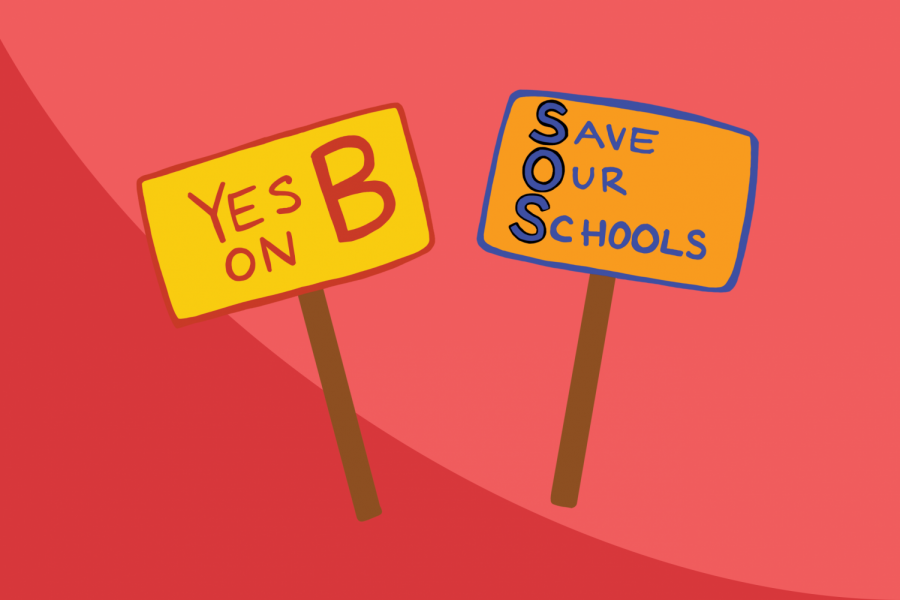 It has been little over a week since voters rejected the parcel tax Measure B, and 11 teachers have been laid off or lost classes. It appears likely that several popular programs, including Team, Global Studies, and journalism, will suffer serious cuts. And those decisions will cover less than half of the $3 million deficit the district now faces.

Students and teachers have already felt the impact of the $2.8 million cut districtwide last June. Custodial staff and nearly all librarians were laid off. Wellness and on-site therapy services were slashed. Class sizes this year have shot up, and students have reported schedules filled with holes and incorrect courses as a result.

Now the district will have to pass new, drastic cuts, and they are running out of options.

Measure B failed for a number of reasons, but one of the most troubling appears to have been a series of misconceptions about what it would have accomplished. The process was aided by a lack of accurate public information and by voters who may have opposed what seemed like just “another high school tax,” as prominent anti–Measure B yard signs argued.

To be clear: The failed measure would have taxed $645 per parcel, replacing the $455 per parcel already in effect, and it would have increased by three percent annually for 10 years.

The existing parcel tax, which includes the $149 added by Measure J in 2018, will expire in June 2022. The additional $6 million Measure B provided annually would have been necessary to prevent the district from becoming insolvent.

If the existing parcel tax expires without replacement, the deficit will grow to nearly $17 million, enough to exhaust the reserve in less than a year.

A number of Measure B’s opponents, particularly the Coalition of Sensible Taxpayers of Marin, made misleading claims to advance their arguments.

For example, COST has claimed that because the district’s financial crisis was caused by increasing enrollment, and because enrollment will soon decrease, additional funding is unnecessary. It is true that larger class sizes were partially responsible for the financial crisis. But although enrollment is projected to decline starting in the 2021-22 school year, class sizes will not shrink nearly fast enough to stabilize the budget, superintendent Tara Taupier said in January.

Even if all of COST’s arguments were accurate, it is appalling that the anti–parcel tax stance seems to be: Public schools should receive in funding the bare minimum necessary to keep their doors open.

The failure of Measure B also raised questions about the district’s efforts to campaign for it.

A poll conducted by the district in July found that Measure B had almost exactly two thirds of taxpayer support, the same fraction it needed to pass. Taupier has said that the district thought it could increase support before the election, as happened with Measure J, but whatever steps the Measure B committee took were evidently insufficient. Its decision to withhold information about the specific programs on the chopping block until after Election Day was questionable at best.

And unlike Measure J, which drew student rallies and phone calls urging support in the weeks leading up to Election Day, Measure B attracted little public attention.

Another parcel tax will almost certainly be on the ballot in November, and the community must advocate ceaselessly for its passage. The damage that a second failed tax would do to our education — in terms of people and programs, not just numbers — must be made public, loud, and clear.

All of our futures depend on it.