Longtime girls' and boys' tennis coach Bill Washauer was dismissed without explanation in December. Now his replacement has abruptly left the position. 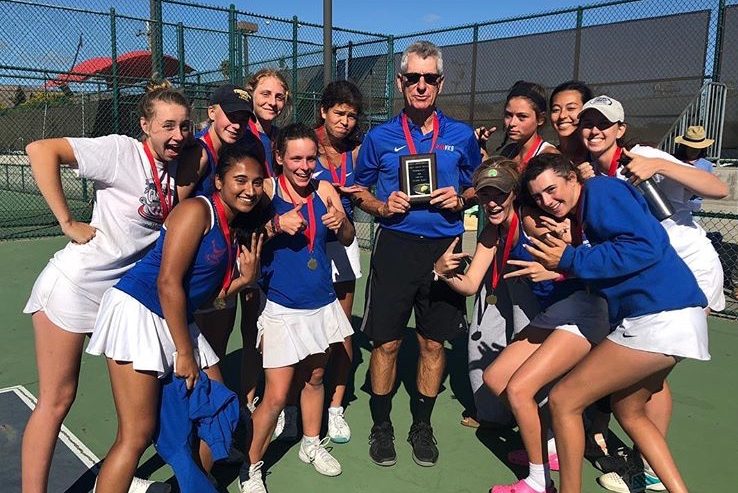 “I was called down to a meeting with principal [J.C.] Farr on very short notice. I got to Tam that afternoon. Principal Farr wasn’t there. Apparently he was home sick … I was redirected to the athletic director’s office. I sat down and [Christensen] delivered the news,” Washauer said.

Besides the initial meeting, the district never provided any additional information behind the decision, according to Washauer.

“There was no explanation whatsoever. There was no preamble. All he [Christensen] said was ‘We’re going in another direction.’ That’s been the district’s position ever since, ” Washauer said.

Amoroso and Christensen both declined to comment on Washauer’s dismissal, citing California Government Code 6254, which allows the district to withhold records that are “personnel, medical, or similar the disclosure of which would constitute an unwarranted invasion of privacy.”

“One can surmise all sorts of things [about the rationale behind my dismissal], but surmising is not the reality … My assumption is if they had a good reason, they would have stated it and probably would have given me the option of resigning,” Washauer said.

Several individuals questioned why Washauer was fired, given the girls’ successful tennis season this year.

“We [the team] just came out of a D1 NCS [North Coast Section] win in both team and doubles. This was the best season we’ve ever had in my opinion so when we learned Bill was fired right after that season we were all shocked,” junior and next year’s co-captain Jamilah Karah said.

In the 13 years Washauer has been head coach of the tennis program, he has coached the tennis teams to eight regular-season pennants, 10 MCAL tournaments, and two NCS titles.

The Friday following Washauer’s firing, several members of the girls’ tennis team met with principal J.C. Farr and pushed for him to be reinstated.

“Nothing useful came of our meeting with Farr,” junior and one of next year’s girls’ tennis captains, Katie Bulger, said. “We ended up just going in circles and came out with nothing more than we went in with.”

Thirty-two parents, coaches, and players spoke on Washauer’s behalf at a Tamalpais Union High School District board of trustees meeting on January 17.

“Bill instilled important life lessons around discipline, time management, hard work, commitment, teamwork, and grit, all key ingredients for building important life skills,” tennis parent Ken Broad said at the meeting. “If those words sound familiar, they should. They were drawn almost verbatim from your [Tam Union’s] newly revised mission statement. The firing of Bill Washauer is completely antithetical to your vision for Tam.”

Supporters put together a petition on gopetition.com asking the district to “provide an explanation of process and due diligence for the firing of tennis coach Bill Washauer from his coaching position at Tam High,” collecting 243 signatures as of this March.

Soon after Washauer was fired, the district hired former head coach of American Tennis School Tex Swain to coach the boys’ upcoming season. According to Swain, he asked Washauer for permission to interview for the position.

Swain quit for unknown reasons on March 11. It is unclear when a permanent replacement coach will be hired.