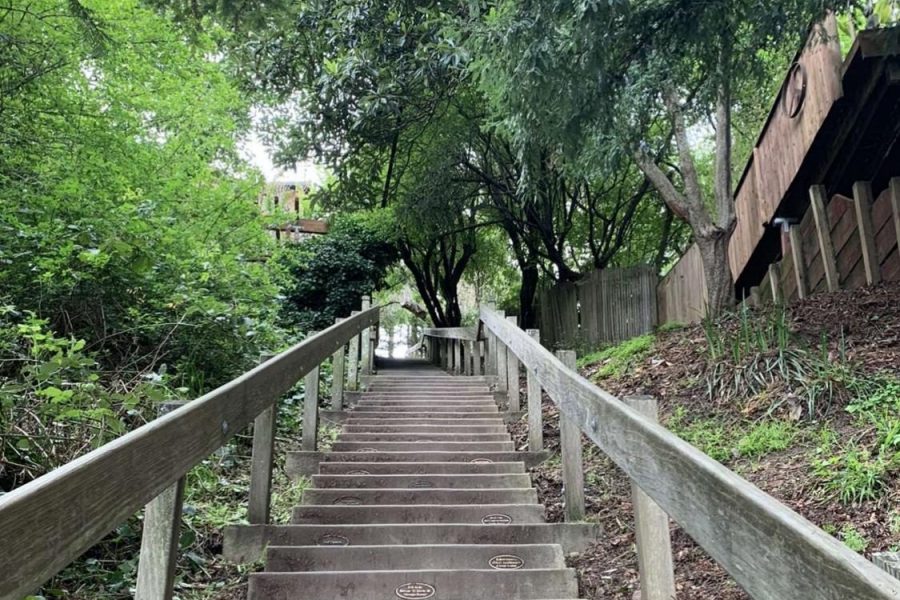 There are 680 steps on the Dipsea trail. (Paige Anderson)

By Skye Schoenhoeft and Summer Solomon

The Dipsea Committee canceled the Dipsea Race for the second time in the race’s history to prevent the spread of the coronavirus. Previously scheduled for June 14, the 110th race will now be held in June next summer.

“It was not an easy decision because we know how many people look forward to this race, not only in Mill Valley, Marin County, and the Bay Area but also across the United States and the world,” Dave Albee, the Dipsea Committee spokesperson, wrote in an email. “This year we were met with an unexpected obstacle that brought with it the very real threat of inflicting and spreading disease in our community that right now knows no bounds. It was better to be safe than sorry.”

Many participants were disappointed by the cancelation of the race.

Senior Paul Law began running the race in sixth grade. This would have been his seventh year participating.

“At first I was very disappointed because it’s just such a great part of our community and I felt like it was canceled a little too early,” Law said. “But then I remembered the race involves 1,200 people … If there was any type of corona concern throughout that race, it would have definitely gotten pretty bad. I think it was smart for them to get it out of the way.”

The Dipsea is the oldest trail race in America, and its only previous cancelation was for World War II from 1942 to 1945 due to war operations.

“There was a larger military presence on Mount Tam than most people realize. There were barracks there. Soldiers stayed there, mostly near the mountain theater,” Dipsea historian Barry Spitz said. “At its high point [the Dipsea Trail] was pretty close to the heart of the military operations. So security-wise that was an issue.”

“We never expected that a pandemic would force us to cancel the race,” Albee wrote. “But, we always come back to public safety. The race isn’t as important as putting public safety first.”