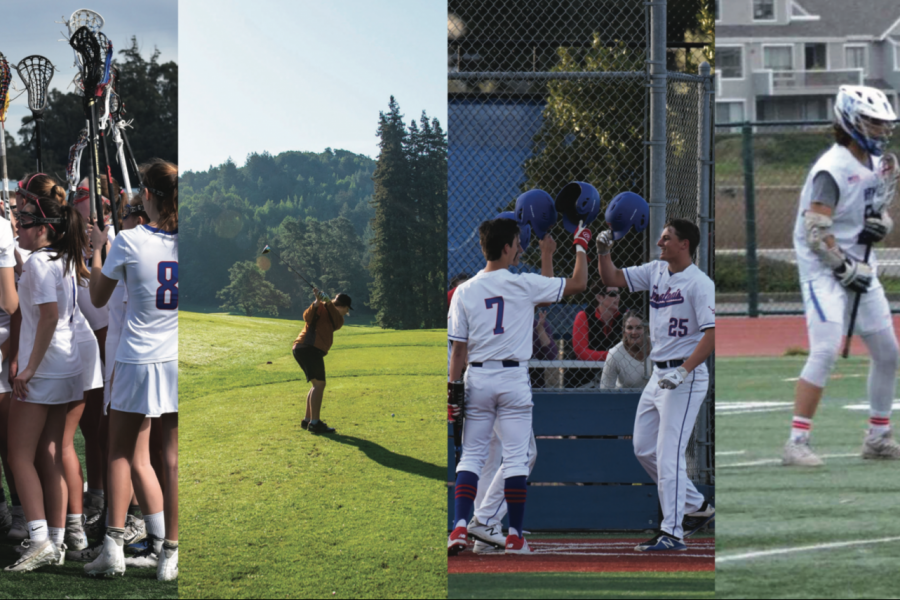 By Jordan Cushner and Jessica Bukowski

All spring sports were suspended on March 12 due to the COVID-19 pandemic. This news came as a disappointment to many high school athletes, as their seasons were seemingly just beginning. Sports affected by the shutdown include boys’ and girls’ swimming, diving, lacrosse, track and field, boys’ tennis, and boys’ volleyball.

An email sent on March 5 by athletic director Christina Amoroso outlined how a school closure would logistically affect spring sports. According to Amoroso, sports are to remain suspended the same number of days that TUHSD schools are closed.

Although many student athletes and coaches understand the intent of sports cancelations, they are still discontent with the prospect of not having any season at all.

“This year I was most looking forward to lifting the MCAL banner,” senior tennis player Mason Marks said. “Being ranked number one in MCALS as a team and individual is a lot to live up to and I wanted to prove myself. Not only that, but as a captain, showing the many new kids on the team what Tam tennis is all about.”

Girls’ varsity swim coach Candace Murphy is sympathetic toward her 63 swimmers who may not be able to finish their season.

“This is so hard. I feel so bad for the seniors, and not just swimmers, all spring athletes, who were representing Tam their final year in school. I feel bad for the juniors, whose performances this year count for college intrigue and maybe even acceptance. Sophomores were no longer the bottom on the totem pole and freshmen will never know how great it is to participate in a spring sport and work together as a team,” Murphy said.

During a meeting between the CIF executive director and 10 section commissioners, the decision was made to cancel spring Sectional, Regional, and State Championship events. This decision was made in consideration of student athletes’ “ongoing health and safety during this challenging time,” CIF executive director Ron Nocetti said in a press release.

Although the cancelation of the spring sports season is a disappointment to the athletic community, coaches have left their athletes with positive messages.

Girls’ lacrosse coach Mike Smith said, “It’s the love and excitement of the experiences you’ve had playing that is ultimately the source of such disappointment — and that is reflection of something great and something to be appreciated. Nothing, including having a season cut short abruptly, can take those experiences away from our players.”