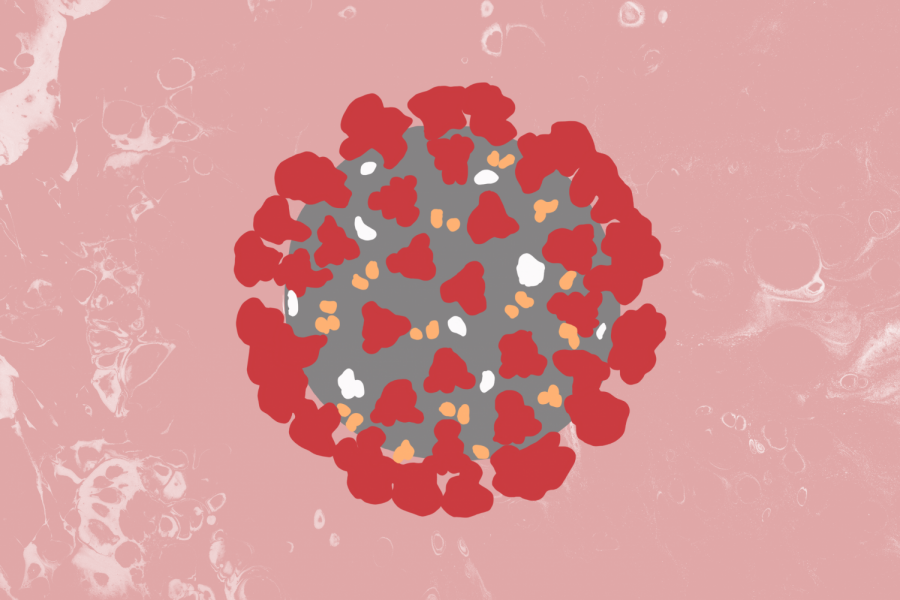 White LEDs illuminate a shining white truck pulling out of a large blue garage. It transports precious squeaking, squealing, growling cargo. Its destination is one of the bustling Wuhan wet markets, where animals are slaughtered and sold for consumption.

Wet markets can be found all over the world. My mom picks up our weekly groceries at a local farmers market that easily can be called a wet market. “Wet market” is defined as “a market for the sale of fresh meat, fish, and produce.” If you live in Marin, you’ve probably been to one before.

However, Chinese wet markets are different. During the 1970s, China was facing complete societal collapse. Famine had struck, and the Communist regime, which was controlling all food production, was failing to feed its more than 900 million citizens. In 1978, the regime gave up control and allowed farms to be privately owned and sold.

Large companies increasingly dominated production of popular foods like rice, poultry, and pork, so smaller farms turned to catching and raising wild animals as a way to sustain themselves. In the beginning, these farmers mostly came from lower-income households, and since wildlife farming was sustaining people, the Chinese government backed it.

In 1988, the government enacted the Wildlife Protection Law, which designated wild animals as “resources owned by the state,” and protected people involved in the “development or utilization of wildlife resources.” Under this new designation, the wildlife farming industry was officially born.

The populations of wildlife farms suddenly grew a lot bigger and more diverse. And with plenty of animals from all over the world living on farms together in small confined spaces, the opportunities for disease abounded.

Nonetheless, these animals were still shipped into the markets for profit. That’s what our glossy white truck from earlier is doing — it’s carrying a large population of strange animals into the Huanan wet market to be slaughtered and sold. The market most likely hosts animals from all over the world, and not all of those animals are legal, even with China’s loose policies. Endangered species, like ferrets, mingle with bats, snakes, and chickens.

In the case of COVID-19, one of the leading hypotheses is that it traveled from a bat to a pangolin before infecting a human.

That’s where the Huanan market comes in.

Out of the first 41 coronavirus patients, 27 had been to the Huanan wet market. Inside the market, cages holding animals were stacked, and animals at the bottom were soaked in the excrement and blood of those around them. Through those liquids, viruses jump from one animal to another. If those animals come into contact with or are consumed by humans, the virus jumps to them. And if the virus then spreads to other humans though contact, it causes an outbreak.

Almost 20 years ago, a similar virus appeared in wet markets in southern China. It was the winter of 2003, and sufferers complained of fever, chills, headache, and dry coughs — all symptoms you might expect during cold and flu season.

But this condition would progress into a lethal form of pneumonia, one that left honeycomb-shaped holes in people’s lungs and generated severe respiratory failure in a quarter of patients. By the time the epidemic ended seven months later, more than 8,000 cases and 800 deaths stretched across 32 countries.

That disease was SARS, and as a result Chinese officials quickly shut down wet markets and banned wildlife farming.

Now, the link between the wildlife epidemic and disease becomes even more concerning. Although there are many different possible origins of COVID-19, there is evidence that wet markets play a part in the spread of disease. On January 26, Chinese authorities issued a nationwide suspension on the trade of wild animals. In February, they issued a nationwide ban on all terrestrial wild animal commerce and consumption.

Today, humanity is no longer confined to singular cities, countries, and continents. That means that disease isn’t confined, either. The consequences of animal rights violations stretch further than individuals.

As long as wildlife continues to be traded and exploited, the world will constantly be at risk of the emergence of another novel disease.