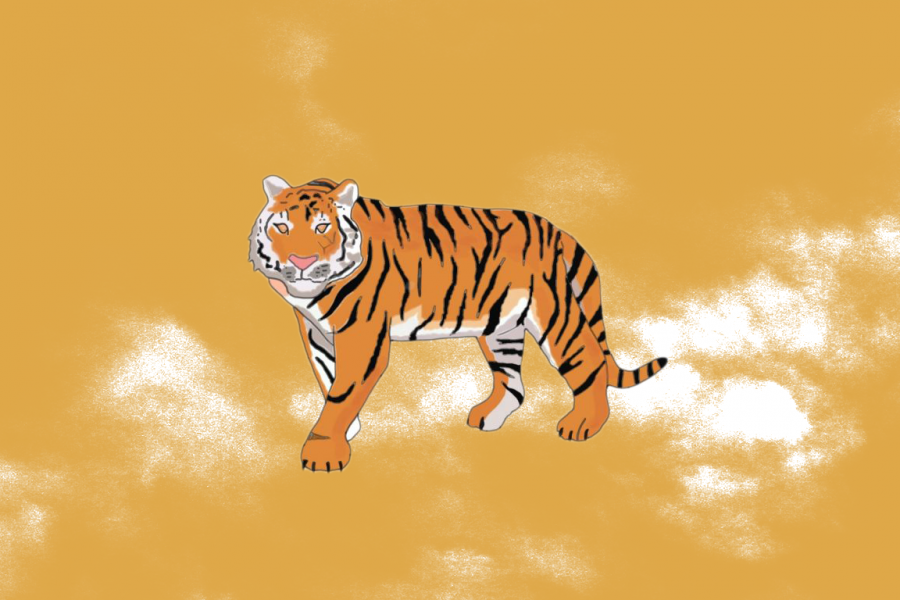 Sometimes — particularly when you’re not legally allowed to leave your own home because of a global pandemic — you need to turn your brain off and consume something for pure entertainment value. In late March, Netflix delivered exactly this. Gleefully rubbernecking the questionable fashion choices, missing limbs, and attempted/successful murders, I, along with another 34 million Americans, devoured the seven-part docuseries Tiger King: Murder, Mayhem and Madness. While I wouldn’t trade a minute of that experience for anything, the Tiger King phenomenon is reflective of some unsavory aspects of American culture.

The series follows the exotic cat trade throughout the U.S., specifically, three big cat owners: Joe Exotic, Carol Baskin, and “Dr.” Bhagavan Antle, and their interpersonal world of backstabbing rivalries and possibly illegal antics. As it turns out, you have to be a little crazy to raise and profit off a couple dozen lions, tigers, and other large predatory felines. Even crazier when you’ve got competitors that are just as daring as you.

It’s easy to point a finger at this niche sub-culture and laugh. It’s cathartic, even. My first thought after completing the series was “Well, at least I’m doing better than that.” In a world where everyone is striving to be the most attractive, smartest, coolest version of themselves, it’s thrilling to see a group of individuals who are seemingly unaware of these standards (or are at least failing miserably at achieving them).

Everywhere you turn in Tiger King there are shirtless inebriated “rednecks” cursing and free wielding weapons. Workers at Exotic’s zoo are frequently interviewed in front of their dilapidated trailers and, in one case, even while taking a bath. While this isn’t an inaccurate depiction of these people’s lives, it’s not a holistic one, and it perpetuates the ‘white trash’ stereotype to make good TV. Unfortunately this means the serious societal issues present in the documentary (drug abuse, suicide, animal cruelty, and many many others) are at best sidelined by viewers and at worst twisted into jokes. Admittedly, I wasn’t super worried about where Exotic’s workers were going to get their next meal making less than $100 a week (off an expired meat truck, as it turns out) while gawking at Exotic’s country music videos. As a result, just watching this series felt like punching down an already victimized margin of American society.

I’m by no means saying that all those featured in Tiger King are good people who don’t deserve criticism. In fact, one episode explores how Bhagavan Antle possibly runs a small cult/harem out of his animal facility with several virgin wives and a god complex to match. He should probably be investigated for that. However, given we live in the age of celebrities the likes of R. Kelly who can seemingly get away with everything by virtue of wealth and appearances, I’m confident that if the docuseries interviewees put on a more cleaned-up front, they wouldn’t provoke such an outraged response.

With all the attention going towards the quirky cast of criminals, it feels like the big cats have been forgotten (just look how long it took for me to mention them in this piece). Whether or not you think Exotic was framed in a murder for hire plot, his tigers, separated from their mothers mere hours after birth only to be cooped up in tiny cages and sustained on expired Walmart meat, are suffering. Exotic was actually charged on nine counts of violating the Endangered Species Act for killing five tigers and for selling several across state lines  — a point which many viewers missed judging by the dozens of petitions and calls to #FreeJoeExotic.

Of course, the animal abuse doesn’t make nearly as compelling TV as Tiger King’s mullets and murder mysteries. And it’s clearly not fueling the same superiority complex in its audience. But maybe it should be. After all, if we’re going to pat ourselves on the back for watching a trashy “documentary,” let’s award brownie points to every non-animal abuser rather than based on who’s sporting a lower back tattoo.