Racism is of “immediate local importance”

And Mayor Sashi McEntee’s dismissal of Black Lives Matter is far from the only evidence. 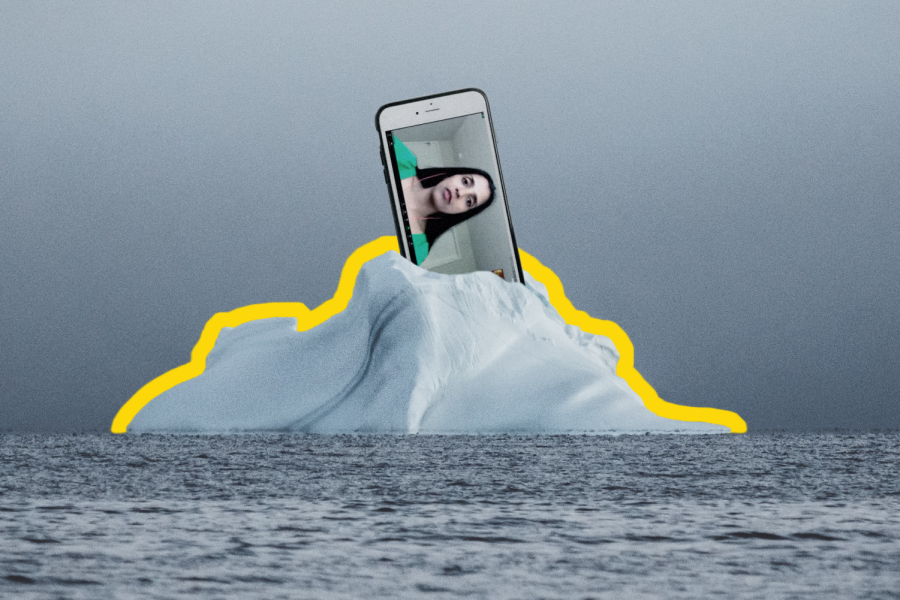 [Skip to: Learn about local issues | Ways to help]

In case you missed it, here’s what Sashi McEntee, the mayor of Mill Valley, had to say at the city council meeting on Monday, June 1.
PUBLIC COMMENT: Mill Valley is in many ways a place of privilege. Yet the crisis facing our country is — and should — affect us all. We posted a sign yesterday stating that “white silence is violence” and it was torn down within 12 hours. Our question is simple: What is Mill Valley doing to show that Black Lives Matter?

MCENTEE: It is a council policy that we do not take action on issues that are not of immediate local importance, but we appreciate hearing everybody’s comments. OK, we’ll move onto presentation item number one.
The exchange provoked immediate, widespread condemnation, for good reason: McEntee’s dismissal of the anti–police brutality and anti-racism protests that have spread across the nation was bizarre and racist. So was the statement she wrote afterward, in which she pointedly did not apologize and said, by way of explanation, that she had confirmed “the specific restraint actions tragically taken” by the officer who killed George Floyd were not legal in California. So was the failure of the other council members to respond to her remark.

By noon on Wednesday, a petition calling for McEntee to apologize or resign had received nearly 7,000 signatures, over half the population of Mill Valley. Three hours later, she posted a vague second follow-up statement apologizing and committing to action: The City of Mill Valley will work with the community in “identifying and developing specific solutions to address systemic inequities and injustices in our communities.” Not enough, but more than nothing.

(On Thursday, however, McEntee was booed for citing the Brown Act as the reason for her original comments. In fact, the Brown Act allows legislative officials to “briefly respond” to items that are not on the public agenda for a meeting, as well as commit to putting those items on a future agenda. The mayor did neither.)

The McEntee controversy seems designed almost perfectly for outrage: an obvious villain, a minute-long video that can be summarized in about five words, and, via petition, a simple way to respond. Most instances of racism are not so viral or easily dealt with.

And if your knowledge of how systemic racism affects our community, or your willingness to hold yourself and others accountable for that damage, begins and ends with Sashi McEntee — then Black Lives Matter is not, to you, of immediate local importance. All of us have work to do.
Learn about local issues
The Race Counts project, which uses data to track inequity across California, calls Marin the single most racially disparate county in the state. It designates the county as “highest disparity” in five of seven categories: crime and justice, economic opportunity, health access, healthy environment, and housing. These issues have caused far more lasting damage than the mayor’s callous rhetoric will.

What follows is by no means a comprehensive list. Still, in case you missed it:

At a panel discussing Marin’s school-to-prison pipeline, Oshalla Diana Marcus, the director of MC Arts and Culture, asked rhetorically:
If the statistics say that when you go into school you’re going into a pipeline where if you’re of African descent, if you’re of Native American descent, that your chances of going into that school mean that you’re going into a prison system — that’s really what it’s saying — is it that the system has failed our children … or is the system itself designed to?
2. Last November, officials sent a SWAT team to Marin City. At 6 a.m., in full view of residents, officers with full-body armor and police dogs flooded the 200 block to arrest two men who had been suspects in a shooting in Orinda. The Tam district superintendent later said that students who witnessed the raid were “traumatized.” Two students said that officers had pointed guns at them. Media coverage ran pictures of the suspects — black men who were soon released without charges — next to headlines suggesting, without evidence, the existence of a “Marin City gang.”

3. That Marin’s minority residents are concentrated in just a few communities is the result of decades of segregation and racist policies. Marin City, the country’s first federal integrated housing project, was built to house shipyard workers during World War II. But when the war ended, redlining prevented black workers from buying houses elsewhere, even as most of the other workers moved out, aided by federal subsidies. After the U.S. Supreme Court outlawed racially restrictive housing covenants in 1964, many Marin communities enacted policies that had functionally the same effect.

In May 2019, Marin entered into an agreement with the U.S. Department of Housing and Urban Development — the previous agreement, enacted after a 2009 investigation found that the county’s housing policies contributed to the segregation of minority communities, had just expired — which outlined a commitment to “encourage and facilitate the creation of at least 100 units of affordable housing available to families outside areas of racial or ethnic concentration.”

4. A proposal to renovate Golden Gate Village in Marin City into a “mixed-income” complex is the subject of ongoing controversy. Golden Gate Village is the only source of family public housing in the county, and many residents have voiced concern that the renovations will lead to gentrification and force them out. A 2018 report by the Marin County Civil Grand Jury wrote:
The GGV community is aware that the demolition of many housing projects across the country resulted in the dispersal of the established communities that lived in those projects. This situation has created a profound level of distrust as regards the ultimate intent of the Marin Housing Authority for the buildings.
5. Voters in Marin and Mill Valley have frequently shot down proposals for low-income housing developments. The Los Angeles Times wrote about a Marin real estate agent who in 2013 described an affordable housing proposal as “having volunteered us for the ghetto.” In 2017, the Marin County Board of Supervisors rejected a plan that would have allowed for the construction or replacement of 291 housing units in Strawberry. The Marin Independent Journal wrote that the board’s decision came after dozens of residents spoke in opposition to the plan. One resident complained, “We want more affordable housing but this is not the way to go about it,” although he did not offer any alternative solutions.

6. In 2018, the California attorney general’s office notified the Sausalito Marin City School District that its schools were racially segregated. The full report is clear that the segregation — and the ensuing decisions that left Bayside MLK Academy, whose students are mostly black, understaffed and underfunded — were not the result of a formless, inevitable evil called racism, but of deliberate action by some community members and complicity by others. The report describes a board meeting in 2012 in which:
A third District Trustee admitted that the plan to create separate programs for Sausalito and Marin City was motivated by a desire to create separate programs for separate communities. This Trustee was aware that one community was predominantly non-Hispanic White, and the other community was predominantly African-American or Latino. This Trustee also expressed it would improve community relations if students in Marin City were not “shipped over” to Sausalito.
7. In March, the Sausalito Marin City School District released a plan to desegregate its schools. Many parents at Willow Creek Academy, which is plurality white, have said they are worried that the quality of education at Willow Creek will decline if resources are allocated away from them. Many of those parents have transferred their kids to private schools as a result.

It’s hard to begrudge parents for wanting what they think will be the best education for their children. But the result is that the kids who transfer out are, largely, the ones whose parents can afford it. Some kids from low-income families have received merit scholarships to attend private schools — but kids with behavioral problems, learning difficulties, or other additional needs that the system has provided inadequate support for probably won’t be the ones receiving those scholarships.

8. Segregation and the academic achievement gap persist into high school. There are no black teachers at Tam. A Tam News analysis last year found that students of color were underrepresented in nearly every academic program, including AIM, CTE, Leadership, Link Crew, and this publication. In 2019, across the district, only 18 percent of black students and 35 percent of Hispanic students exceeded statewide math standards, compared to 58 percent of all students and 61 percent of white students.
Do something about it
Learn about these issues and talk about them in your community. Call out yourself and others for ignorance. Devote at least as much outrage to other forms of racism as you do to a one-minute video, especially if, like me, you’re white or a nonblack person of color.

There are already many sources online with suggestions for anti-racism donations, but two places to start are Black Lives Matter and community bail funds. The website blacklivesmatters.carrd.co has a comprehensive list of places to donate, petitions to sign, and offices to text or call, as well as resources for learning about systemic racism and white privilege.

Locally, a number of organizations are devoted to supporting marginalized communities and fighting the effects of systemic racism. Some of them are listed here:

• Marin City Cooperation Teams was created by the Sausalito Marin City School District to maintain support for its students during the COVID-19 pandemic.

• The Marin County chapter of the ACLU aims to expand and protect residents’ civil rights.

• Powerful Beyond Measure brings underrepresented girls from the Bay Area to Africa to strengthen identity and leadership skills, and encourages them to become community leaders.