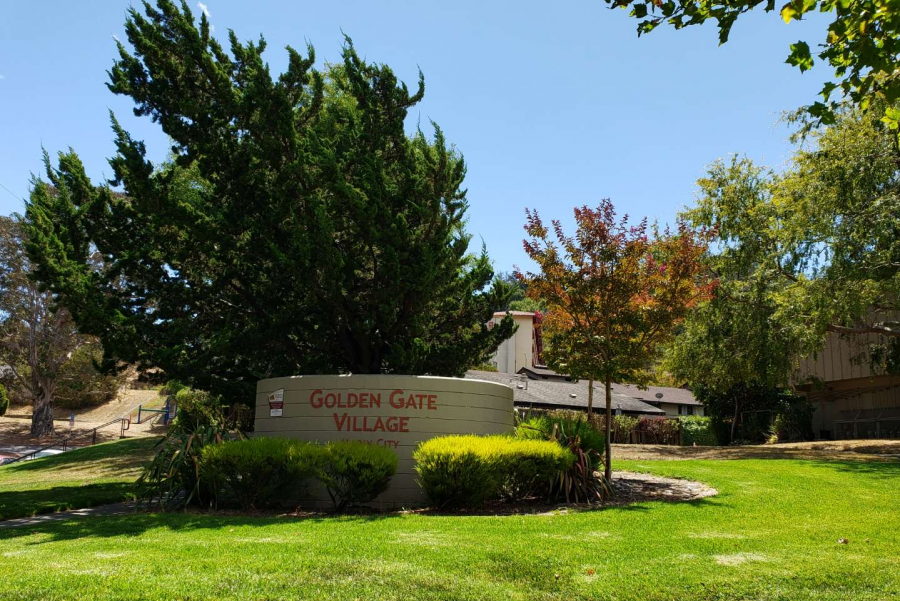 Constructed in 1960 and granted national historic status in 2017, the Golden Gate Village public housing complex was created to house the Black community remaining in Marin City following the end of WWII. These residents, who had worked in nearby shipyards during the war, were barred from purchasing homes throughout the rest of Marin, unlike their white counterparts.

The Marin Housing Authority (MHA) has developed a renovation plan with a private firm to address the estimated $90 million in needed repairs 一 a plan which the Golden Gate Village Residents Council, a group of elected residents from the complex, believes is designed to force out low-income and Black residents. The council filed a lawsuit against the MHA on August 6 alleging the authority purposely neglected the public housing complex “to justify the [its] demolition and disposition” and asking the authority to adopt its plan for a “Deep Green Retrofit” of Golden Gate Village that would allow residents to purchase their units.

“We deserve our living standards to be up to par,” Marin City resident Malachia Hoover said during a virtual press conference on August 6. “I mean we live in one of the wealthiest counties in the world. There is no excuse why our units have been so neglected. Is it because we are predominantly African American? Is it because most of us live under the average income level of Marin County residents? … I want Marin City to be a place where I can continue to plant my generational roots and, as an expecting mother, a place where my daughter can be proud to say this is her home as well.”

The lawsuit, filed on the 55-year anniversary of the Voting Rights Act, accuses the authority of allowing the housing complex to deteriorate to force residents to accept their current plan for redevelopment, which was announced in February. Residents allegedly complained to the MHA about poor living conditions for nine years with little to no response.

“We’ve been ignored and ignored,” Marin City resident Devon Smith said at the August 6 press conference. “[The fact] that we have to bring a lawsuit to the table shows how self-determined we are about our community and about our next generation. A lot of men my age, a lot of people my age, are having children and we need to make it better for those kids coming up.”

The resident council expressed particular concern with the validity of MHA’s physical need assessments. These estimate the cost to repair the housing complex. If renovation costs are high enough in relation to the cost of rebuilding the complex, MHA could decide to demolish Golden Gate Village.

The 2015 assessment calculated that repairs to bring the property to HUD standards would cost roughly $16 million with $63 million needed for future maintenance. A second estimation by AEI consultants this year approximated immediate repair costs at $90 million, qualifying the complex for demolition.

The council believes the sharp increase in cost between the two reports was intentional.

“The goal of the housing authority is to have the property beyond repair to give them the right to demolish the whole property,” Golden Gate Village resident council president Royce McLemore said. “They’re ballooning the number, inflating it, whatever it takes. This is prime land. And we, as Black people, are standing in the way of them to be able to develop it and to create a new town that is seven minutes from San Francisco.”

The authority has no current plans to demolish the Golden Gate Village.

At the July 21 Marin Housing Authority meeting, executive director Lewis Jordan argued that the 2020 report was more comprehensive and, as a result, more expensive than earlier physical needs assessments including the cost of seismic upgrades, energy conservation enhancements, and systematic upgrades to the interior.

Additional defendants in the lawsuit include the County of Marin, the MHA commission, and two housing authority officials, manager Bernadette Stuart and Jordan.

Although Jordan and the Housing Authority declined to comment on the lawsuit, Jordan emphasized that declining federal support has made it difficult for the housing authority to keep up with maintenance. Annually, the authority has approximately $500,000 federal dollars to split between its six properties for maintenance.

The MHA revitalization plan is a joint-partnership between it and the private development company, the Michaels Organization, to renovate 300 original units, demolish 16, and construct 156.

According to MHA executive director Lewis Jordan, the original units will continue to be subsidized based on tenant income following the renovation. Additionally, the 156 new apartments will only be available to households whose income is “80 percent of the average median income” of Marin County or below. According to the HUD 2020 Income Limits System, 80 percent of median family income in the San Francisco, CA HUD Metro FMR Area (Marin is classified as a part of this metro area) is $114,480. In 2017, the median income for a Marin City resident was $42,737, according to the U.S. Census Bureau.

The Golden Gate Village Resident Council and many Marin residents have expressed concern that the housing authority’s plan will bring wealthier and whiter residents into the complex, gradually gentrifying Marin City. Residents are especially worried about the authority’s partnership with a private developer and their incentive to profit off of the development.

“Privatization is not in the interest of Golden Gate Village residents. It will take money out of the community and continue a dangerous cycle in America of erasing affordable public housing,” McLemore said at a press conference on August 6. “With the Black Lives Matter movement, it’s clear that we all have the ability to stand on the right side of history — we’re asking the MHA and Marin Board of Supervisors to stand with us.”

Michaels Organization Vice President Kecia Boulware noted that some of the programs financing the renovation including the California Tax allocation committee and HUD “come with a cap on profits that can be extracted”.

Boulware said the company “sees affordable housing as a spark for additional community investment” and will subsidize all Golden Gate Village units to some extent.

The housing authority is not currently planning to change any aspects of their plan in response to community pushback, but it will continue to consider resident input and include them in the development process according to Jordan.

In 2013, the resident council introduced their own strategy for a “Deep Green Retrofit” of Golden Gate Village which calls for staggered installation and maintenance of green infrastructure throughout the property and creating a community land-trust in which residents can purchase their units.

“Homeownership changes the whole mindset of people so we want the poor people of Marin County to be able to experience homeownership and a whole change of life in a unit that has been upgraded,” resident council president Royce McLemore said at the press conference on August 6.

According to McLemore, congressman Jared Huffman of California’s 2nd congressional district promised that he would help finance the resident’s plan with federal dollars. Although Huffman has not followed up with this agreement, the council believes that there are other funding sources for the project. The Golden Gate Village is eligible for historic and African American tax credits and private foundations “have expressed interest in the creation of our land trust” according to McLemore.

The housing authority has refused the resident’ plan, arguing that forming a land trust is impractical and the renovation costs are too large. MHA executive director Lewis Jordan believes that there are other opportunities for land trusts throughout Marin, but this is unrealistic for the complex because they receive funding from HUD.

“The notion of saying ‘Let’s take land that’s owned by the federal government. That has people living in it. That’s subsidized by the federal government, and let’s just turn it over to a group [Golden Gate Village Residents’ Council]. A group that doesn’t even exist, to be quite frank,” Jordan said at Marin Housing Authority meeting on July 21. “That is not something our funder HUD will support nor is it something that I would recommend as an executive director of this housing authority.”

At the same meeting, dozens of Marin residents asked the MHA to consider the resident’s plan given the county’s history of racial discrimination.

“We are well aware that entrusting the Black community to self determine is not something that white people in positions of power are accustomed to doing in this county or in this country,” one speaker said during public comment. “However that is precisely what you [the MHA] must do. You must do so understanding that it will surface white supremacists in our midst who wear the veneer of good people yet show up to excoriate the board with dog whistles and threats to vote you out.”

A petition to halt the housing authority’s plan for development in favor of the resident council’s has collected approximately 52,000 signatures as of August 14.

“In their [the housing authority’s] mind’s eye, we don’t deserve this [the property]. We deserve to be wherever and that’s under a bridge in Modesto or somewhere in the desert,” McLemore said. “One of the elders who has been deceased now for about 20 some years, he said, ‘Royce, the time is going to come when they’re going to want this property and you better be ready to stand and fight for it.’”