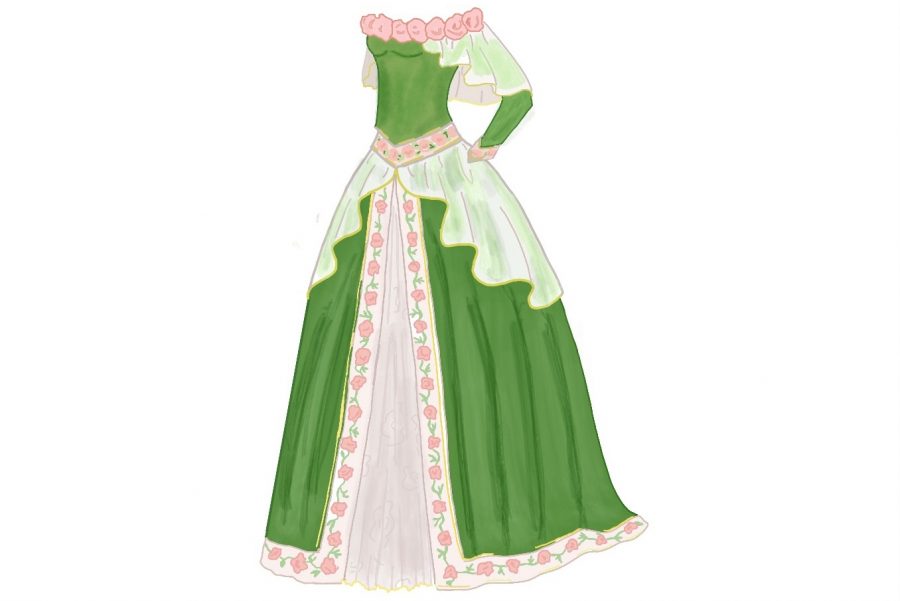 Netflix has once again come to the rescue, providing viewers an escape from the monotonous boredom of quarantine in the form of a show both historically based and also shockingly modern: Bridgerton.

Growing up, Jane Austen was so present in my household that I have long considered her an extended family member. Whether it was Colin Firth brooding on my television as Mr. Darcy, or Gwenyth Paltrow playing match-maker as Emma, it seemed we would never be able to resist watching a period piece revolving around the extravagant lives of Regency nobility.

Naturally, Bridgerton was no different. Sitting down to watch the show, I believed I was in store for another fun (albeit a bit overdone) story of longing and love across titles. However, this notion was far from the truth.

Based on The Duke and I, a novel by Julia Quinn, Bridgerton follows the Ton (Britain’s high society) of 1813. The titular family is aptly described in the pilot episode as, “Shockingly prolific… Noted for its bounty of perfectly handsome sons and perfectly beautiful daughters.” The series opens with the eldest Bridgerton daughter, Daphne, entering society for her first social season. Notably, the less respected Featheringtons will also be introducing their three daughters to society, with the addition of Ms. Marina Thompson, their highly desired cousin.

The show uses a similar narrative technique as the popular 2000’s drama Gossip Girl, with an anonymous columnist known by the pseudonym “Mrs. Whistledown,” reporting on, and exposing the drama and secrets involving members of the Ton. Although, it should be noted that The Duke and I was published seven years before the premiere of Gossip Girl.

Bridgerton differs greatly from most historical dramas frequently created on channels such as Masterpiece. Particularly, the show is set in an alternative history, in which people of color were brought up to nobility by Queen Charlotte. The Black actors and actresses provide a long-overdue change from the dominantly white casts of past historical dramas. However, for a show that marketed around its diverse and “race-blind” casting, controversy has sprouted online over issues featured such as race-baiting, colorism, and queer-baiting.

In Bridgerton, most of the Black cast members have lighter skin tones and western features. Only one Asian character has a speaking line and (although it’s heavily alluded to) no main cast members are part of the LGBTQ+ community. The show promised its audience a deep dive into topics surrounding race and other modern issues, however, such nuance is impossible as Bridgerton takes place in a color-blind eutopia where racial prejudice is completely obsolete. The story also skips right over a very unfortunate sexual assault scene which should have held a comfortable place on the cutting room floor. Although these issues detract from the show in a myriad of ways, Bridgerton has set a new precedent for historical dramas that should hopefully lead to more diverse casts in the future.

Orchestrated covers of popular songs by artists such as Ariana Grande, Taylor Swift, and Billie Eilish are played during ballroom scenes rather than the traditional chorus of unrecognizable melodies. The costumes are brightly colored and jeweled, aptly displaying characters’ personalities, despite inaccuracies such as tight lacing–which wasn’t practiced during the Regency era–or the occasional seam running out of place. The bright greens and yellows are used to illustrate the gouache and ostentatious Featheringtons, while delicate blues and whites do well to show off the respectability of the Bridgertons.

The show begins to truly stray from traditional formatting on episode 6, which includes a honeymoon montage graphic enough to put the 50 Shades of Grey franchise to shame, requiring an intimacy coordinator to safely choreograph. However, these were not the first provocative scenes of the show, as many characters conducted multiple affairs throughout the series.

The set design is very impressive as the viewer goes through multiple parties put on during the season, and the show is apt at drawing in those who might not otherwise watch period dramas. If you are looking for some nice escapism during such stressful times, Bridgerton would be a great place to start, although, if you are hoping to avoid a few awkward exchanges with your family, I wouldn’t recommend watching the last few episodes in your living room.