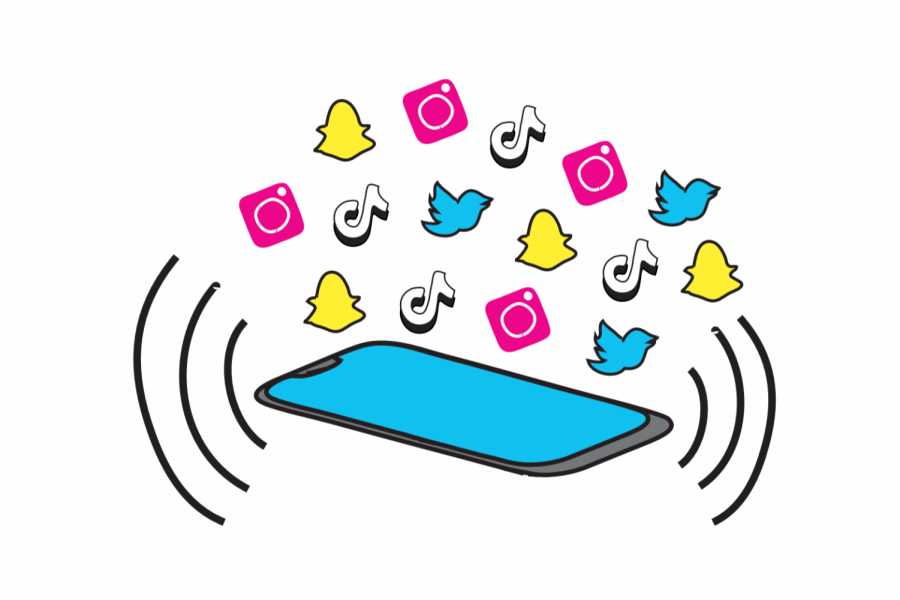 There comes a time in your life, after being told again and again that your phone is actually the sole culprit behind every mishap you’ve ever experienced, to pause and wonder if adults are onto something with their relentless vilification of technology. For me, that time came a couple of weeks ago when a friend mentioned that she was taking a step back from social media. While I take great joy in my lifelong habit of using any form of media I can get my hands on, as a form of escapism, I’ll admit that it might have gotten somewhat out of hand over the past year. So, I sat down one night and deleted my biggest time consumers all in one go: TikTok, Twitter, and although I almost never use it, Snapchat, because it felt appropriate. I will admit that Instagram is still nestled comfortably within my Social Media folder, but that’s only because I use it to communicate with my friend who moved to Switzerland.

Unsurprisingly, the first few days without social media were difficult. I found myself constantly opening my phone and scrolling to where I used to go when I needed stimulation in a boring class or to procrastinate on a five-minute homework assignment. I was, admittedly, tempted to throw the entire idea away and tell myself that I was on the right side of the debate over whether or not it was productive to spend hours scrolling through other people’s lives and ideas. However, another (less pleasant) thought had also come to mind. I realized that maybe I had unwittingly developed an addiction to technology. When I had more apps to scroll through, the content I consumed on them would distract me from thinking about how much time I was wasting. When I opened my phone and was met with none of my go-to apps, I was able to see clearly how many times I reached for my phone throughout the day and how quickly that time accumulated.

As the days went by, I realized that my productivity had improved significantly—I got assignments done in a timely manner and got on average almost an hour of extra sleep at night. I stopped depending on caffeine to drag me through the day and started paying more attention to lectures, as I didn’t have an endless stream of posts tempting me to abandon my focus.
Perhaps the most rewarding effect of deleting social media for me was the abundance of free time I had to do what I truly love. Instead of spending hours on my phone and later feeling guilty about it, or even complaining that I had “no time to do anything,” I dedicated more time to reading the books I had been putting off and finishing art pieces that had been abandoned for weeks. I even saw improvements in my mental health. As someone who struggles with anxiety, procrastinating is both a cause and effect of stress, so setting a stricter schedule for myself has given me peace of mind.

I want to clearly establish that I’m not trying to hound you into purging your phone of all of the apps that you get good use out of or that make you happy. In fact, I would really only suggest doing so if you believe they’re detracting from the quality of your life. Social media is not the evil contraption that some people paint it as — its value rests entirely upon how the user handles their access to it. However, criticisms of social media are not ungrounded. While my experience has had both positive and negative aspects, it was ultimately the change in pace that I needed to get my life back on track. Eventually, there may be a day when I re-download certain apps, but by then I will have learned how to manage my time more responsibly thanks to this time that I’ve given myself away from technology.