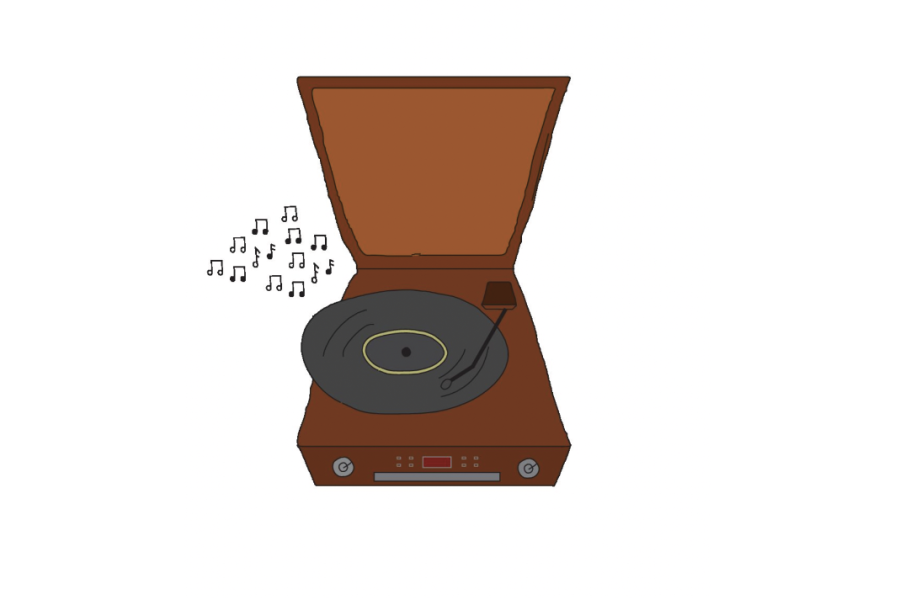 Whether it be fast-paced, bass-heavy songs to play in the car with friends or simple and elegant songs to get anyone in their feels, Baby Keem’s new album, The Melodic Blue delivers. Amidst the excitement over album releases from headliners Kanye West and Drake, up and coming artist Baby Keem released The Melodic Blue, a sixteen track piece with songs varying from fast-paced and bass heavy to slow and melodic, produced and sung by himself. Hykeem Carter, who goes by the stage name Baby Keem, first saw a breakthrough after his 2019 hit Orange Soda, which has amassed over 226 million streams on Spotify alone. After nearly two years without an album from Keem, The Melodic Blue, was released on Sept. 10, 2021 shortly after the release of the albums headliner single, Family ties.

The Melodic Blue features only three other artists, with fourteen of the sixteen tracks produced by Keem, which gives the album an authentic feeling, in a time period where many albums seem flooded with features in an attempt to top the charts. Of the aforementioned features, Kendrick Lamar is the most prominent, appearing on two of the songs with adlibs entwined in others. Lamar, who is cousins with Keem, was a mentor to Keem as his rise to fame inspired his rap career.

The album features a wide variety of Keem’s music, with bass-heavy songs such as trademark usa and cocoa which contrast the slower tracks, such as issues and first order of business. The other songs of the album fall somewhere in between, containing features reminiscent of many types of rap music. Song topic is another category of exploration for Keem as he dives into deeper topics such as depression, family struggles, and mental health. These songs feel reassuring as it displays his success despite the hardships he dealt with at a young age.

Of the album’s sixteen songs there are a few that have been played on repeat over the past week. My favorite song has got to be issues as it captures Keem’s raw emotions through the varying tempo and use of instruments that match the mood Keem is looking to convey throughout the song. During the slower portions of the song he discusses heavy-hitting topics, such as suicide, drug addiction, and eviction. As the tempo speeds up the topic picks up and he focuses on better times. While the base instruments of the song remain relatively consistent, the use of drums is used periodically to lighten the mood and speed up the song. Keem’s voice is largely unedited for this song, which helps him convey his message and matches the theme of the song. Following issues is gorgeous, a song that beautifully captures Keem’s emotions while using a faster tempo. gorgeous features a more typical rap beat, including 808’s and snares, which set the mood for a more fast-paced song. When these elements are combined with Keem’s quick vocals they make an exciting song. Once again, Keem keeps the listener on their feet, dropping the beat for a few moments throughout the song, putting an emphasis on the words for just a couple of seconds.

Another of my favorites is scars, which appears later in the album and once again mixes slower elements with faced-paced instrumentals to create a song that captures emotion without sacrificing the strong story of Keem’s childhood. A piano beat is consistent throughout the song while drums come in and out to set the tone of the song. This varying tempo creates a sensation which makes the listener feel as if they are living Keem’s life story.

While these three songs stood out to me, the album as a whole was a well planned out and executed masterpiece which mixed experimental sounds and more classic rap techniques to create an album like no other that will certainly be added to the rotation.