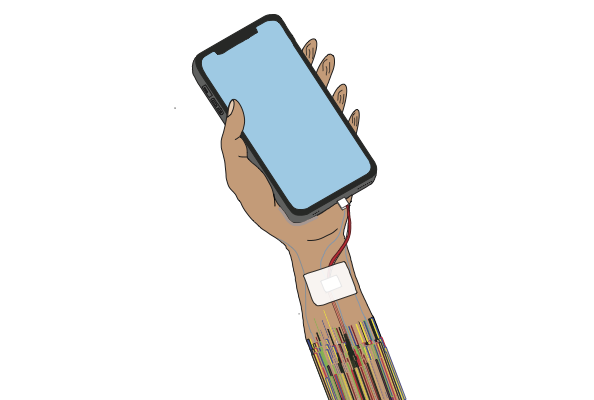 “Move Fast and Break Things”— who knew Facebook’s old motto would be so painfully accurate. Social media is immeasurably destructive to its users, our society, and democracy as a whole. Some of its predatory algorithms have changed, but by and large: all major social media platforms exploit our insecurities and fears. By the nature of its format, it angers and radicalizes vulnerable people and causes irreparable harm to the mental health of users—especially teens. Social platforms create a facade of connection that, in reality, they are tearing the fabric of our society apart.

I remember when I made my Instagram account in the sixth grade, and how I spent the next week desperately trying to catch up to the number of followers my friends had. I remember the high from posting, and with each notification, the surge of dopamine and immediate crash when my post didn’t get as many likes as the last. That same year I got on YouTube, and instantly, my preteen insecurities were prayed upon by their algorithm. With each video, the information got more and more extreme and damaging to my 11-year-old self. I remember seeing the most violent, horrific, misogynistic, and racist language, video after video, masquerading as comedy. All boosted up by YouTube and available to middle schoolers like me. I remember in the seventh grade when I downloaded Snapchat and how anxious I felt when at the thought of not immediately snapping everyone to maintain my streaks. I remember in eighth grade when I downloaded TikTok, the hours upon hours of harmful and useless information pulled me in so intensely that four hours of scrolling felt like a second.

Who knew connecting the world would bring it to the brink of destruction. The companies and executives did, but see, the thing about having people’s primary source of information be social media is that it is unlike traditional media; the companies are not liable for the information posted on their platforms. Social media platforms can absolve themselves of responsibility for what is posted on their platforms as per Section 230 of the Communications Decency Act of 1996, which writes, “… no provider or user of an interactive computer service shall be treated as the publisher or speaker of any information provided by another information content provider.” Increasingly, Americans are distrusting traditional outlets; Republicans believe that 53 percent of the traditional media they see is inaccurate, compared to 32 percent in respect to Democrats. Consequently, more Americans are obtaining their news from social media. As of September 2020, 53 percent of Americans ‘often’ or ‘sometimes’ get their news from social media, which is held to a far lower standard than traditional media and is less regulated as virtually anyone can post information onto a social media site. Unregulated social media brings about the further spread of false information, leading to a mass miseducation of the American public. Disinformed voters cannot elect candidates who best represent them. By deregulating the media, objective reporting no longer becomes the standard, and partisan outlets and pundits dominate the news industry.

The incentive of social media companies is to keep any post that garners attention up because the ultimate goal of social media companies is profit. Profit at the cost of democracy, their users’ mental health, time, and even lives. Social media executives can’t claim ignorance when they’ve been sitting on piles of information and data that directly points to their platforms, causing these detriments. Facebook, which owns Whatsapp and Instagram, revealed to have concrete knowledge about their platforms directly harming the mental health of their users but took no action.

Our government needs to take monumental and effective action to strongly regulate and break up these pseudo-monopolies and disgusting conglomerates that are a direct product of unfettered capitalism. We need to trust-bust these companies and do it fast and effectively. The public plans of Facebook are to create a dystopian society where people actually live on their platforms in augmented reality, so imagine how totalitarian, immoral, and destructive their plans are behind closed doors.

With each generation, a new form of social media arises and chains people to the mercy of their platform. For our parents, it was Facebook, and now millions of the adults we used to look up to are convinced our democracy is a farce and our government has a cabal of cannibalistic pedophiles. With our generation, like our parents, millions have fallen down a rabbit hole of radicalization and live primarily on the internet; angry and hate-filled. Since Facebook, our generation has become enthralled by a web of dozens of platforms that each are tailor-made to feed off our fears, and now teen mental health is at an all-time crisis point.