A day in the life of Principal Farr 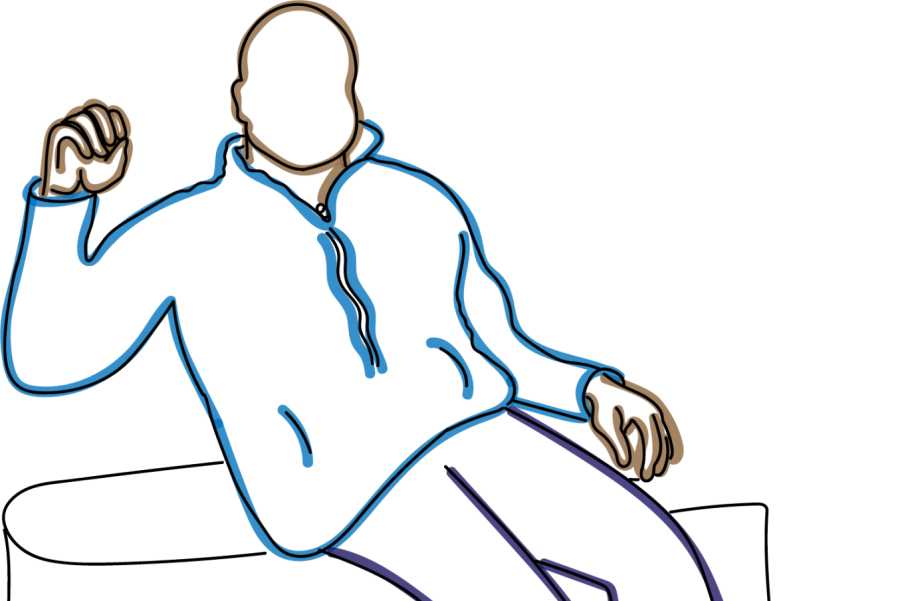 The day I spent in the life of Tamalpais High School Principal J.C. Farr was by far one of the most boring days of my life. Despite the long, extensive meetings and a never-ending list of emails to read and write, Farr never ceases to find interest in his work. “You know you have the general overall [of] what the meeting is for, but the specific content, sometimes it’s not so bad,” Farr said. Farr views his job as enjoyable and important,

After handing out greetings of “Good morning,” “Have a great day,” and “Don’t be late!” until around 8:40 a.m., Farr makes his way to his first meeting of the day, with his fellow administrators, assistant principals Karin Hatton, Connor Snow, and Kaki McLachlan. On this particular day, they began with positive affirmations and a prompt from Farr: “What is something that brings you joy?”

They all went around in a circle and expressed recent events that brought them joy. Their second discussion topic was about how they, as assistant principals, can do better with supporting students of the Success Network.

The Success Network is a program that connects students to teacher mentors. Each assistant principal admitted that they had a lot of individual work to do, and stressed plans and intentions to strengthen their support of the program. The third part of their administration meeting was confidential.

Afterwards, Farr made his way up the Wood Hall stairs to Keyser Landing. This is a common place where students socialize until the end of the passing period. As he meandered between Barrow Hall, Upper Keyser, and the College and Career Center, Farr socialized with students and checked in on them. “Good morning, how are you?” Farr inquired, “how are you making it [today]?”

Amoroso gave a brief about the ending of winter sports and a welcome to spring sports. Levine gave an update on Link Crew and Wise Mentoring, and expressed interest from her students in doing another Club Day Fair. Erikson continued with updates on the Leadership class and the Associated Student Body (ASB). The meeting ended with an offer to collaborate with Link Crew on future projects, like club fair days.

This inspired a discussion about the recent Black History Month celebrations. Levine, Erikson, and Snow, explained their joy from having students from Black Student Union (BSU) collaborating with students from ASB. This is where the idea of creating a student senate role came to play. The administrators remarked it would bring about student leaders from all programs and clubs on campus to come together and collaborate to make our Tam community a better place. “This year is relationships,” Farr said. “Next year is equitable grading,” Hatton finished.

The meeting ended on a high note and Farr continued back to his office where he took a  bathroom break. The third meeting lasted until the beginning of lunch. During the lunch period, Farr walked down to Safeway across the street on Miller Avenue. Nextdoor to Safeway, at Starbucks, he found Campus Supervisor Wayne Price, and they talked about the NBA. He then made his way to the other side of Safeway to the bus stop where the underclassmen occupying the space for their lunch had just left. “I think I scared them away,” Farr said.

We once again walked back to campus and into the front office where he ate his lunch: Safeway fried chicken and fresh fruit. We met some other students, three girls, and engaged in a discussion about appropriate clothes to wear to school. All four of us students told Farr that we thought it was perfectly fine to wear pajamas to school. However, Farr has a more traditional sense in that he believes that school is a place to learn, not sleep. Sleepwear isn’t appropriate. We agreed to disagree.

When Farr was alone in his office I went in, only to find him typing vigorously on his computer. “This is where my job gets hard,” Farr said. “Lunch isn’t hard; it’s what comes next that is hard.” Farr was referring to his upcoming confidential meeting that was to take place after the lunch period.

At the end of our day, Farr spoke about the love and care he has for his students. “I like being able to see students as they come in … I hope that it helps them to see me here,” said Farr. “It definitely helps me to see them.” It is clear as day that, although Farr doesn’t always show it, he deeply cares about his student’s education and their futures. “I feel like we have amazing students. I am truly impressed by their commitment to their success, how they show up,” said Farr, “In terms of having integrity and you know working to support one another, I think it’s a beautiful thing when students support each other … I think that it’s impressive.”