Nugget of truth in Santorum’s criticism of college 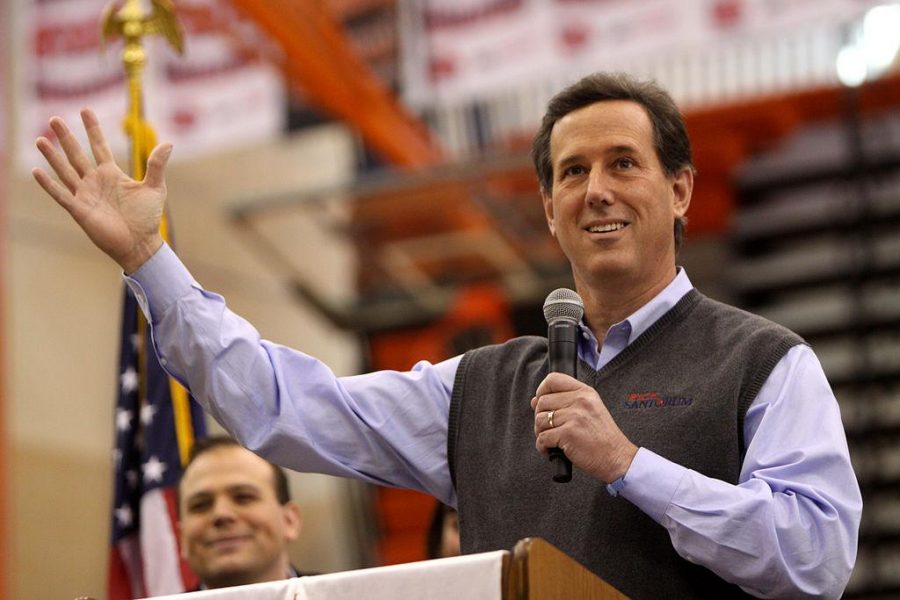 Politicians say the darnedest things, especially when their lips are moving. Perhaps it is because of the long primary season, but it would seem that the more they talk, the better their feet taste. While Mitt Romney is merely guilty of saying things that make him seem disconnected from the lives of most Americans, Rick Santorum makes ideological statements that make him appear to be disconnected from the present.

Last month, Santorum’s long string of outrageous statements accrued into one campaign-defining statement that attacked President Obama’s support of higher education. The former Governor of Pennsylvania attested that colleges were “indoctrination mills,” and that President Obama was a “snob” for encouraging Americans to pursue a higher education. We do have a sense of what Santorum was trying to say, given that he was addressing a blue-collar, manufacturing constituency. He wanted to praise them for the hard, valuable contributions they make through work that requires hands-on skills. Real work, not the sort of erudite, egg-headed stuff elites like to do. You know, like write books, study policy, run for political office, that sort of thing.

This assertion does not fall far off the mark from Obama’s encouragements. Obama said that Americans should try to get at least a year of “higher education or career training” that could take the form of community college, a four-year school, vocational training or an apprenticeship. Santorum himself has made nearly identical comments about technical schools, vocational training and apprenticeships.

In addition to the exponential increase in the number of search queries in the Google search bar, Santorum’s acerbic comment has garnered him hefty amounts of criticism from both Republicans and Democrats. The Washington Post reported that GOP Govs. Robert McDonnell, Jan Brewer, Phil Bryant and Bobby Jindal have all weighed in against him.

Students at Tam High also express a certain degree of opposition towards Santorum’s anti-college comments, contending that a college education is essential to pursuing certain types of careers that vocational training and technical schools cannot teach to.

Although Santorum’s reasoning isn’t completely sound and ideas somewhat outlandish, his argument may still yield a sliver of truth and perspective. It forces students like us, who are about to embark on the so called next chapter in our lives where we decide what we’re going to do with ourselves and how we’re going to contribute to society – to question the expectations put upon ourselves and whether they are borne of reason, or rumor.

Those expectations borne of rumor will give way to unreasonable expectations, such as the belief that everyone must go to college in order to contribute to become a functional member of the work force. Now it is these types of expectations that parent certain prejudices, and with them, related stigmas that accompany not living up to certain societal standards. For instance, in some communities, the thought of not going to college has become taboo.

“If I didn’t go to college, and just decided to become an artisan, I’m pretty sure my parents would disown me. It would be tantamount to telling them that I was pregnant,” said junior Julianne Ashby.

What these expectations fail to recognize are the potential careers that could arise from shirking society’s pressures of going to college and instead engaging in some sort of training parallel to what we truly intend to do with ourselves instead of side tracking our career paths with Jaeger parties and singles mixers at the fraternities on Friday nights. If you know and are convinced that you truly want to become a bicycle mechanic, skip the aimless, pandering pursuit of a liberal arts degree and go right to the source search for an apprenticeship at your local bike shop.

In fact, according to the Washington Post, the success of our region’s economy in the next 10 years depends in large part on finding hundreds of thousands of new workers who never obtained a bachelor’s degree but still acquired critical technical skills typically taught in community colleges or industry training programs.

Our hang-ups and prejudices about those who choose to leave college those who intend to pursue academic careers will be the death of the artisanal work force. In the same sense, these same reservations impede innovation.

Although Santorum’s cynical statement about college was ill-said, it provided a base on which to question our society’s quixotic views towards college, and reassess our prejudgments that could be stifling the next Picasso.