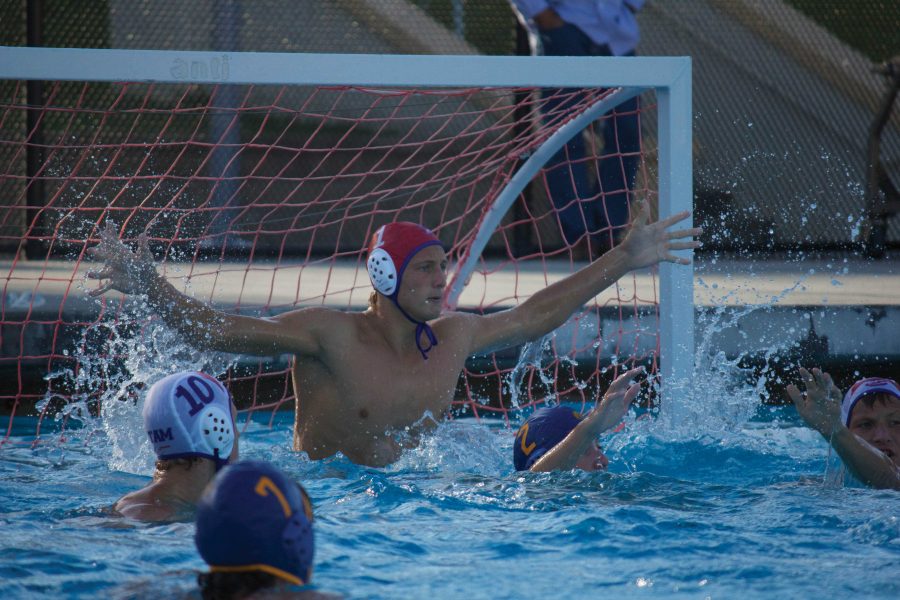 Ballet isn’t a typical cross training sport for water polo players. However, senior Elliot Ordway has transitioned from ballet dancer to one of the toughest water polo goalies in MCAL. “3 years ago, I started as a field player, but then my coach said you’re tall, hop in the cage, and it came naturally,” said Ordway

Ordway, who is now getting recruited by colleges for water polo wasn’t sure at first if water polo was his sport. At the time he was in the highly acclaimed SF Ballet. Eventually ballet became less interesting for him. “I didn’t get tan and I lost passion for it,” said Ordway. He also points out that being a male ballerina is one of the harder ways to work out. “Real men lift women not weights,” Ordway said.

Luckily for the Tam community and water polo team, the reason he is a hawk and not a Drake Pirate (he lives across the street from Drake) is because of his old ballet route. “I had to take the bus into the city and it was much easier from Tam then Drake,” Ordway said. Ordway now plays against a lot of his friends from Drake. Ordway was a main catalyst in last year’s victory versus Drake, which was Tam’s first in 15 years.

Tam’s Water polo coach Bob Kustel admits he had doubts about trying out a ballerina before he saw his physical physique. “His cousin [and Tam Graduate] Avery Mosser, my old great player, told me that her cousin wanted to play even though he had never played before. I gave him a good look based on her credibility as a player and it has panned out nicely,” Kustel said.

Junior teammate Alec Williams loves Ordway’s leadership and presence. “He is an incredible leader; he sets the example for maturity and leadership.” Williams said. “He has a gnarly big wingspan as well.”

Coach Kustel describes Ordway’s presence, saying, “There is no game you don’t have a chance to win because of his defense.”

Although the transportation was tricky for Ordway, he has stayed faithful to Tam and has never wanted to transfer to Drake. “I love playing for Coach Bob. I did think of transferring because of the drive, but I love the aquatics program at Tam.”