Early Cobb: The Story Behind a Friendly Habit 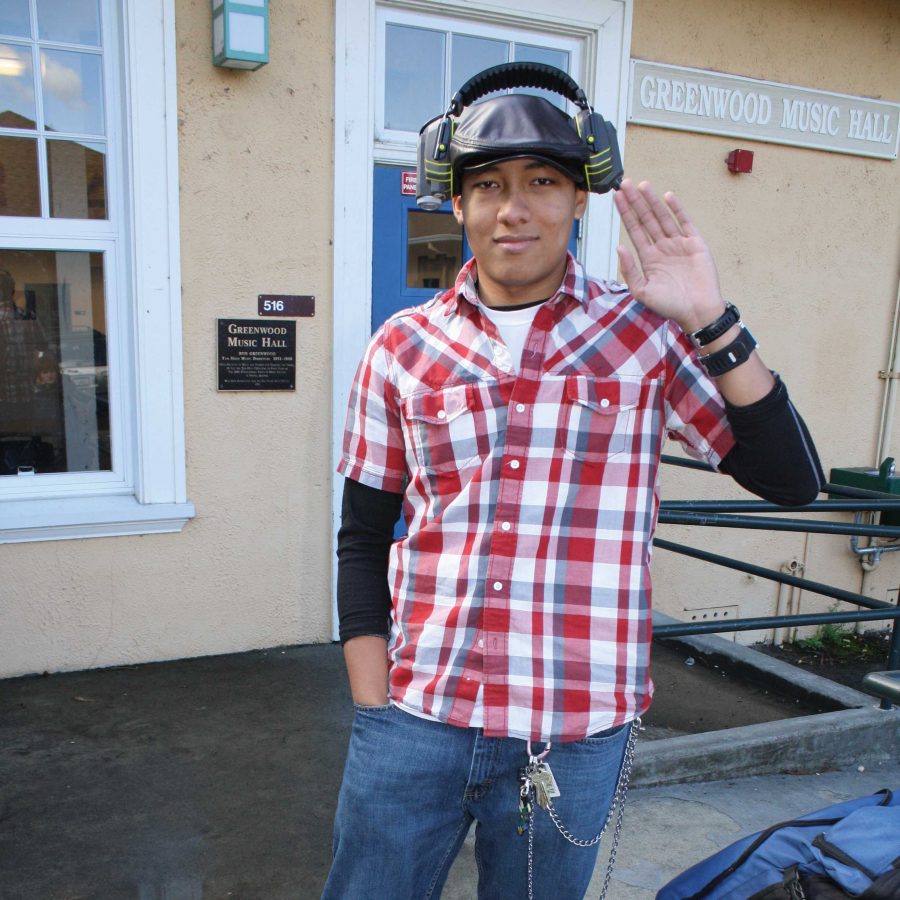 No one says hello like Early Cobb III, a senior famous for greeting friends and acquaintances every time one passes him by.

“It started in 8th grade,” Cobb said, who remembers hearing at a parent meeting that repetition will become habit over time. “I wanted to see if that was true.” One day he decided to say hi to a girl who always walked in the same direction as him at school. “I said hi to her for about a month straight. One day I pretended not to see her and she said hi to me, and I just kept doing it.”

Students have grown to enjoy Cobb’s greetings so much that it has become a pleasant routine, sometimes even light hearted competition of who can say hi first. “If everyone were like Early we’d have a much better world,” senior Ivory Vogt said. “I remember when I was a freshman when I didn’t know everyone else… even [if my] day was going bad Early said hi to me, it wasn’t so bad [anymore]. It’s nice to have someone just randomly say hi.”

Although Cobb’s hellos are rooted in his middle school experiment, there is an ongoing motive that Cobb doesn’t publicize as much. “When you say hi to someone, no matter how bad a day they are having, you take them out of however they’re feeling and make them feel slightly better,” he said.

Cobb can be found around campus rather easily, as he has style like no other: he dons a button down shirt, three watches, the biggest backpack on campus, and a flat cap. “I’m not a hipster. I dress way too classy to be a hipster,” Cobb said. “[Also,] I don’t like swag, I’d rather [have] class.”

Much of Cobb’s style comes from his father, who wanted him to be proud of the way he looks. Cobb found his first flat cap in his dad’s old clothes. “I put it on and I just liked it,” he said. Cobb eventually wore out the 30- year- old hat and now wears a brown leather cap daily. He sometimes brings out his grandfather’s suede cap, identical to his father’s old one.

As for Cobb’s watches, he wears a basic digital watch and an iPod Nano. “I figured I might as well keep the actual watch on so I could tell the time without constantly turning [the iPod] on,” Cobb said, gesturing to his headphones. The third watch was his first real watch, which he wears for sentimental reasons.

Cobb uses water bottles that both attract attention and have a practical use. Each one is wrapped in a handkerchief or bandana in order “to do something to it to make it mine.” Cobb carries any one of five metal or plastic bottles to school. However, he is not against re-using plastic bottles. “I got sick of [the BPA scare.] I did some research. If you leave cheap plastic water bottles in the heat, that’s when you have to worry about [the plastic leaching], which is the second reason why I wrap the bottle.”

Even with everything else in Cobb’s life, he finds time for music. A self-taught pianist, Cobb battles nerves constantly, but gradually gained the confidence to play at the senior farewell rally during his sophomore year. After taking an SAT subject test in the city, he found the school auditorium and began playing “Comptine D’un Autre Été” by Yann Tiersen. To his surprise, a nearby janitor applauded him. “That was the first time [I’d performed solo]. It was very weird,” Cobb said.

Although often shy in class, Cobb prides himself on his schoolwork and life goals. He wants to major in mechanical engineering in college, and has known this since elementary school. After deciding, he told his parents. To his surprise, he learned that his father had wanted to be a mechanical engineer in high school as well. “I’m realizing this is in my DNA,” Cobb said.

In fact, Cobb takes after his father in many respects, and he is one of the biggest role models in Cobb’s life. “I’m not afraid to go to him for anything. It’s because he’s old, [79,] that I respect him so much.” Originally from the South, Cobb’s father brings Southern hospitality, manners and other behavior to Cobb’s life. Out of all the lessons he’s learned, he especially remembers negative reinforcement. Cobb supports the old fashioned punishment used in moderation because it taught him humility.

Cobb signs off with one final note: “If you want to get to know to me, say hi to me first and I will make it my duty to figure out your name and say hi to you first. Somewhere along there we’re going to be friends.”