EMBLIDGE INSIGHT: Wesley vs. The 5 Worst Movies of 2012 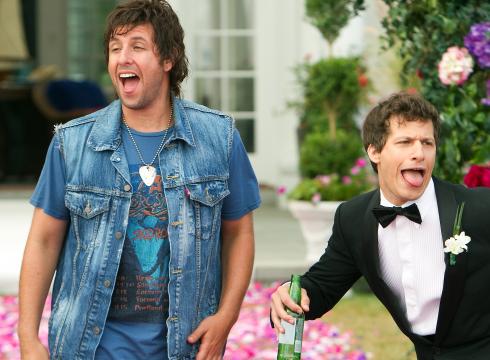 I saw over 140 of the movies that came out this year, the good, the bad, and everything in between. When I’m reviewing a movie almost every single week, you’re bound to run into a few duds. Some films, however, don’t even deserve to really be called films. Sure, there’s some terrible stuff I didn’t see (I have vowed never to watch another film starring Katherine Heigl), so these are just the horrors I had to sit through.

#5 Total Recall
The worst part of “Total Recall” was that it had more potential than anything on this list. The concept is a cool enough idea that wasn’t explored that deeply in the 1990 original. The new film had a few great actors like Colin Farrell and Bryan Cranston on board, along with a budget to make a big, fun, thought-provoking sci-fi thriller. Instead, they went for a big dumb action movie that disregards it’s sci-fi concept early on in favor of hovercar chases and shots of Kate Beckinsale’s ass.
#4 Battleship (review)
The only compliment I can hand “Battleship” is that it’s a “Transformers” rip-off that’s slightly more bearable than the films it aspires to. Even so, the film has as much life to it as it’s titular ships, and is about as interesting as the maintenance of them. It’s a bad sign when Rihanna gets the best line in the film, and that line is “Mahalo motherf***er.”

#3 Wrath of the Titans
“Clash of the Titans” was terrible, but the only difference between it and it’s sequel this year is $25 million and even more dull scenes of CGI dirt spraying around Sam Worthington. You haven’t felt true boredom until you’ve sat through an hour and a half of actors taking paychecks to stand in front of green screens and wear silly beards and costumes. It couldn’t even match the one good moment of the first movie, Liam Neeson’s “Release the kraken!” line.
#2 Rock of Ages
From the leads so bland it seems like they’re trying to be boring, to the godawful wigs on half the cast, or the out-of-nowhere rendition of “Can’t Fight This Feeling” between Alec Baldwin and Russell Brand ending in a make-out session, “Rock of Ages” jumps between the stupid, the absurd and the just plain weird to create a movie that shouldn’t exist.

#1 That’s My Boy
When a film forces you to watch Adam Sandler masturbate to photos of another character’s grandparents, it’s a really special kind of awful. The kind of terrible that only comes a few times every year, so disturbing, disgusting and reprehensible that it’s incredible that it’s a mainstream movie. This is the kind of movie that should kill the career of anyone involved, that people should be able to sue over, that should be scourged from the earth with every single copy burned. I can’t even compliment the basic technical elements. The lighting was fine, but it allowed me to see the disgusting acts that took place on screen, so I’d rather every scene was dark. I could hear everything Andy Samberg said, and that was a problem. I wish this had been 90 minutes of a black, silent screen, instead of the two insufferable hours of Sandler making terrible sex jokes and screaming “WAZZUP” at everyone. But hey, there was a scene where Sandler reminded us all that incest is bad, so at least it wasn’t completely reprehensible.