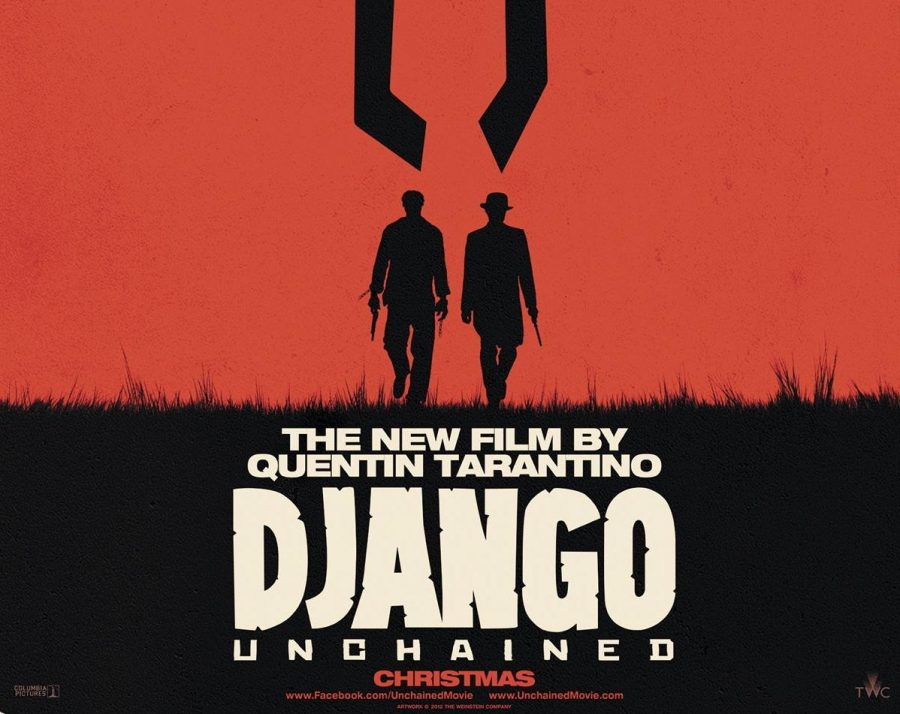 One of my favorite movie-going experiences this year was seeing “Pulp Fiction” again on the big screen, and it was a reminder of what a great filmmaker Quentin Tarantino is. Now, I’ve gotten my second reminder this year, with Tarantino’s latest, “Django Unchained.”

In 1858 Texas, Dr. King Schultz (Christoph Waltz) is a bounty hunter in search of the three Brittle brothers, wanted for murder. In order to find them, he picks up a slave named Django (Jamie Foxx), who can help him find them. Schultz hates slavery, but as he explains, in this situation it gives him a slight advantage, so he agrees to give Django his freedom if he helps him find and kill the brothers. Once Django earns his freedom, the two end up teaming up on Schultz’s bounty missions, agreeing to go and save Django’s wife Broomhilda (Kerry Washington) after the winter is over. It’s kind of strange that Django wouldn’t go straight for his wife, but it allows for him to learn from Schultz, and become “the fastest gun in the south.”

You have all the elements here that make Tarantino’s films so beloved; whip smart dialogue, a lot of blood, great performances and most of all, just being a ton of fun. At 165 minutes, “Django Unchained” is a long movie, but if anything I just wanted more. These characters are so entertaining, I would gladly watch a whole series of films based on Schultz and Django’s missions alone. Also great is Leonardo Dicaprio as Calvin Candie, the flamboyant, racist, eccentric plantation owner who Schultz and Django try to get Broomhilda back from.

Foxx is good as Django, but not exactly a standout. The character is a fairly silent, shadowy hero, and without the charm and charisma of Walt’s Schultz at his side isn’t quite as fun. Luckily, they are side by side for most of the movie, and their banter is one of the best parts of the film.

Tarantino continues to nail the tone as well, he keeps making movies that are kind of goofy and cartoonish, with homages to old westerns and overblown violence. At the same time, however, this is a real world, with real consequences and Tarantino constantly reminds us that people were actually treated this way, and reminds us over and over the horrific ways we dealt with them.

It may not be his best (that will always be “Pulp Fiction” or possibly “Inglorious Basterds”) but Tarantino has definitely delivered another incredibly fun movie that serves as surely the best Christmas present I’ll get this year.