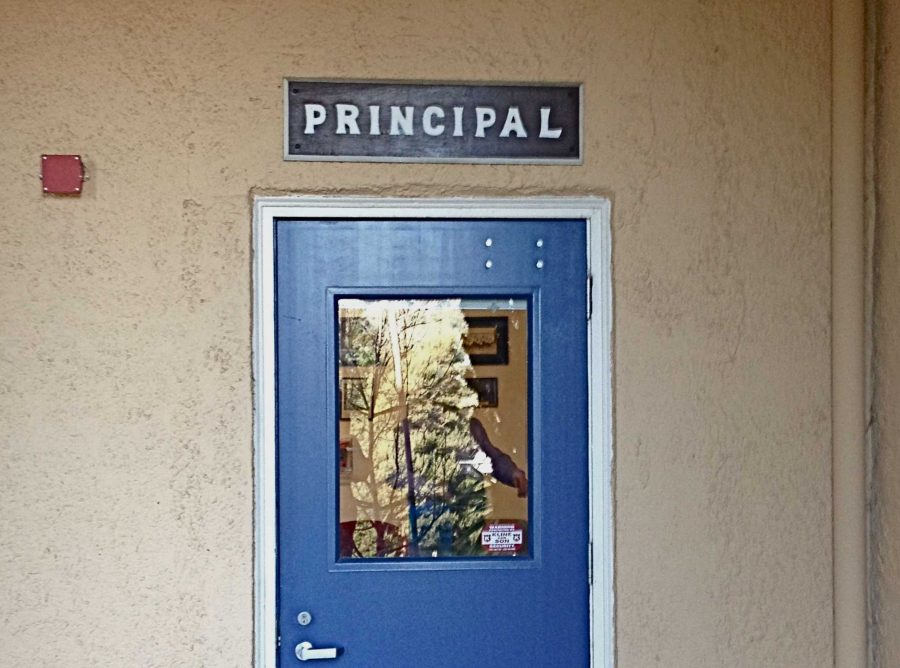 UPDATE 2: On January 29 the interim principal to replace former Principal Drescher was announced to be former San Marin High School principal Bob Vieth. TUHSD Superintendent Laurie Kimbrel sent out an email to the Tam community saying that “Dr. Vieth comes to us with a wealth of teaching and leadership experience. He has served for nineteen years as a public school principal with eleven of those years at the high school level, most recently at San Marin High School in Novato.”

Vieth has a Ph.D. from UCLA, an M.A. in Special Education from St. Mary’s College, and a B.A. in Biology from UC Berkeley.

Vieth will act as principal starting on Monday, February 4, and will stay for the remainder of the current school year, to be replaced next year by a permanent principal.

UPDATE: Principal Thomas Drescher sent an email out to the Tam community at 4:00 on January 28 stating that “a recent change in personal circumstance will likely result in me resigning and leaving Tam prior to June for a position in another district. I asked Laurie Kimbrel for a transfer to the district office for my remaining time in TUHSD in order to allow a smooth transition in leadership. Today is my last day at Tam, and an interim Principal will fill in my position until the new Tam Principal is selected this spring.” Drescher added that more information will be coming from the district office at a later date.

Drescher also copied word-for-word his statements from his previous email, writing, “I want to share my deep appreciation for you and the Tam High community, and our shared commitment to the education of our students. It has been an honor to be a part of The Tam Family the past six years during which time I had the privilege of working with an outstanding group of teachers, administrators, and staff who possess deep commitments to supporting the learning of all students.”

Drescher also added that “the positive changes we’ve instituted will lay the foundation for the next Principal of Tam High to continue our legacy as one of the premier high schools in the country.”

On January 28, Principal Thomas Drescher sent out an email to Tam faculty announcing his immediate resignation, as opposed to the previously planned date of June 30. Drescher left campus early and was unable to comment. Administrative Assistant Mary O’Leary also declined to comment. An official message will be sent out to parents and community members in the near future, but plans to formally tell students have not yet been made.

“I’m ready to embark on a new journey, to try something a little bit different,” Drescher said at the time. “I’m finishing my doctorate… I’m exploring options for getting a district-level position next year.”

An interim principal will be put in place until someone is permanently hired in the spring. Meanwhile, the Tamalpais Union High School District is in the process of searching for a new principal. Currently the homepage of Tam’s school website offers a survey “to help inform the district as we prepare a profile of the attributes we would like for the next Tam High School principal to possess.”

Tamalpais Union High School District Superintendent Laurie Kimbrel said in a previous interview with The Tam News that the search for a new principal will involve community members and take place over a longer period of time. “We’ll have community forums, forums of students, and forums of staff to make a list of the characteristics that they think we need in the next principal. From there we’ll develop a profile of the person we’re looking for, and we’ll recruit,” Kimbrel said.

Updates will be added as they become available.