District Announces that Team will Continue 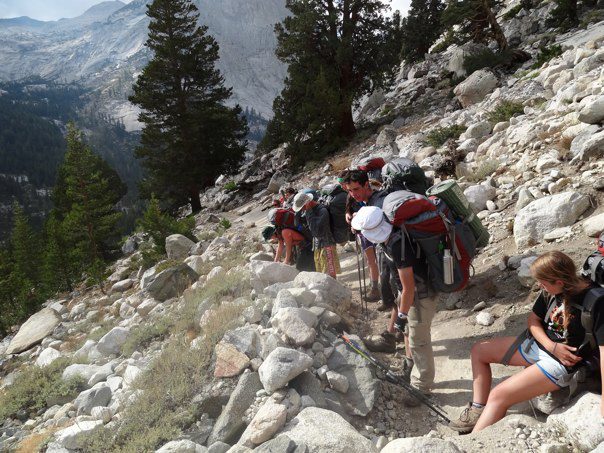 By Billie Mandelbaum and Emma Boczek

On February 11, the Tamalpais Union High School District Board of Trustees and Superintendent Laurie Kimbrel announced that Team, the experiential learning program open to juniors in the Tam District, will continue next year.

In an e-mail message sent out to district parents, community and staff, the board wrote, “Board discussion showed support for the continuation of the Team program, given its benefits to the students who enroll…No board action is needed for an existing program to continue. The Team staff has been notified that Team will indeed run next year.”

This announcement came less than a week after the February 6 TUHSD board meeting, where Kimbrel proposed two options regarding the program, including a plan to discontinue Team and reallocate its funds to programs in the district’s three comprehensive high schools.

During that meeting, Kimbrel and board members expressed concern over whether the program efficiently meets “the needs of students given the limited resources of the district.” Throughout the meeting, Kimbrel and the board cited the $260,000 annual cost for the program open to only 24 students, who in the past have been predominantly white, high achieving students. Kimbrel mentioned a widening gap between the district’s high income and low income and minority students, an issue that the board has recently began to examine.

“This is bigger than a Team issue,” Kimbrel said at the meeting.

Over 200 people, most of whom were Team supporters, attended the meeting to provide their input on the program. Members of the Team community, including current and past students and their parents spoke in support of the program during the meeting.

In its message, the board expressed appreciation for such community input.

“As was stated at the Board of Trustees meeting on February 6, the articulate, passionate stories from individuals who have benefited from the program were moving and meaningful to all who read or heard them,” the board wrote. “It is reassuring to know that our community is passionate about our educational programs and that civil discourse is alive in the political process.”

When the board announced its plan to continue the program, Team supporters were pleased to hear the news.

“I’m more than happy that the Team Program will continue for another year,” said senior Emily Rostek, who was a 2011-2012 Team student. “I was unbelievably lucky to be selected for the program, and I hope many others receive the same chance. It truly is a great program.”

Though the program will continue, the board did express in its e-mail a commitment to make changes to the Team recruitment process in an effort to diversify the program’s demographics.

“The board also expressed interest in a collaborative effort between administration and the Team staff so that recruitment efforts can be expanded to encourage a greater variety of students to apply and so that acceptance criteria are explicit, transparent, and available to all stakeholders,” the board wrote.

Senior Adam Brier, who was also a 2011-2012 Team student, was relieved by the district’s announcement, but wonders what role the district will play in the application process.

“I’m glad that Team is coming back for another year,” Brier said. “I do think that the district is going to want to try and make Team more diverse, so I could see a lot more ethnic diversity in Team next year. It will be interesting to see what Team looks like next year.”