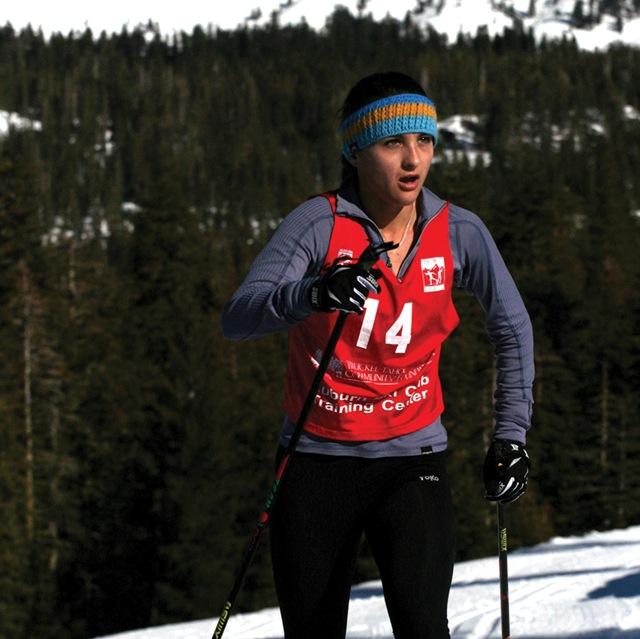 This year, senior Maddy Kwasny qualified for the Junior Olympics for Nordic (cross-country) skiing, which took place March 11 to 16. To qualify as a Nordic skier, a racer has to qualify in one skate race, one classic race, and race in at least four races, qualifying in four. This year’s Junior Olympics were held in Fairbanks, Alaska, and athletes arrived and began training on March 9 and 10, while the races began March 11 and ended on March 16. Kwasny qualified in the J1 age group with her team, the Auburn Ski Club.

Though Kwasny was disapointed that she was unable to attend the Junior Olympics due to high costs, she felt honored to have been invited. “It does suck, but after trying to fundraise and it not coming through, I just have to say, ‘Oh well.’ It’s still awesome I had the opportunity,” she said.

Though some may know Kwasny as a distance runner on the track team, running the 400 and 800 meter as well as the mile, Kwasny is just as competitive in skiing. Kwasny grew up in Truckee and attended Incline High School, where she qualified for State Championships on her JV Nordic skiing team.

“I started downhill skiing when I was two, and was very competitive in downhill until I was a freshman,” Kwasny said. “I had a very bad crash [in downhill], so I switched to Nordic skiing. The crash really wasn’t such a big deal; it was early in the season and I blew out on a fallaway turn, and I tore my knee.”

Though her crash influenced her decision to switch disciplines, Kwansy also cited a loss of interest in the sport. Nordic skiing, which includes two disciplines; classic, which, according to Kwasny, is essentially “running on skies” and skate, which is faster and on firmer snow and ice, caught her eye instead.

“My family is a big skiing family,” Kwasny said. “They were always really pushing me to do downhill, but I didn’t really enjoy it that much. When I had my crash it really allowed me to be like, ‘I don’t want to do this anymore.’ But, I had to do something, so I chose Nordic. There were also two girls who died [downhill skiing] around that time, and that also really influenced my decision [to change to Nordic],” Kwasny said.

As a sophomore, Kwasny moved to Mill Valley. With a friend’s advice, as well as a realization she should start again, she began training with Auburn Ski Club in Auburn, CA. With the help of her new coach Ben Grasseschi, she hoped to qualify for the Junior Olympics during her senior year.

“I wasn’t expecting to qualify,” Kwasny said. “When I did, I was like, wow, I’m actually pretty good at this. I worked really hard because I don’t have the base that everyone who didn’t take a break has. So I guess you could say that I practice extra hard, but I always practice extra hard.”

Between being a co-captain of the Tam track and field team and training every weekend with her ski team, Kwasny has little spare time. When asked how she has time for other things, she laughed and replied, “I don’t. My free time is spent doing homework, trying to catch up.” To help stay in shape, Kwasny participates in CrossFit and trains by roller skiing, an activity in which an athlete “skis” on planks with wheels similar to those on roller skates. “I get a lot of weird looks when I do it,” Kwasny said.

Though Kwasny has come far, she hasn’t always felt confident that she was had chosen the right path.