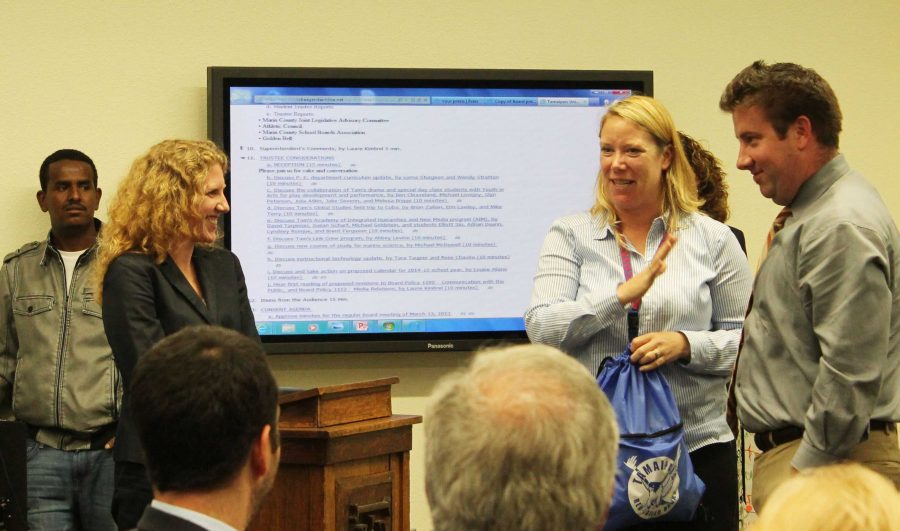 Dr. Julie Synyard was introduced as the new principal of Tam for the 2013-2014 school year on March 27 at a Tamalpais Union High School District (TUHSD) board meeting held at Tam. Synyard’s hiring follows the departure of Thomas Drescher, who suddenly resigned as principal on January 28. Interim principal Dr. Robert Vieth will continue to preside as principal until the end of the 2012-2013 school year.

Synard is currently the principal of St. Helena High School. “I am very excited for my new position, but leaving [St. Helena] will be difficult,” said Synyard in the St. Helena Unified School District’s press release.

“We are very excited about Dr. Synyard’s appointment; she is a great fit for the school, the community, and the district,” said Superintendent Laurie Kimbrel in an email to parents.

“This is wonderful news for Julie, personally and for her career, but it’s too bad for our District, which will miss her,” said St. Helena School Board President Jeff Conwell in the press release. Synard has worked as a principal and administrator for the school for the past nine years of her career, and was raised here in Marin County.