Writing Wrongs: When Aiming for the Real Thing Isn’t Enough 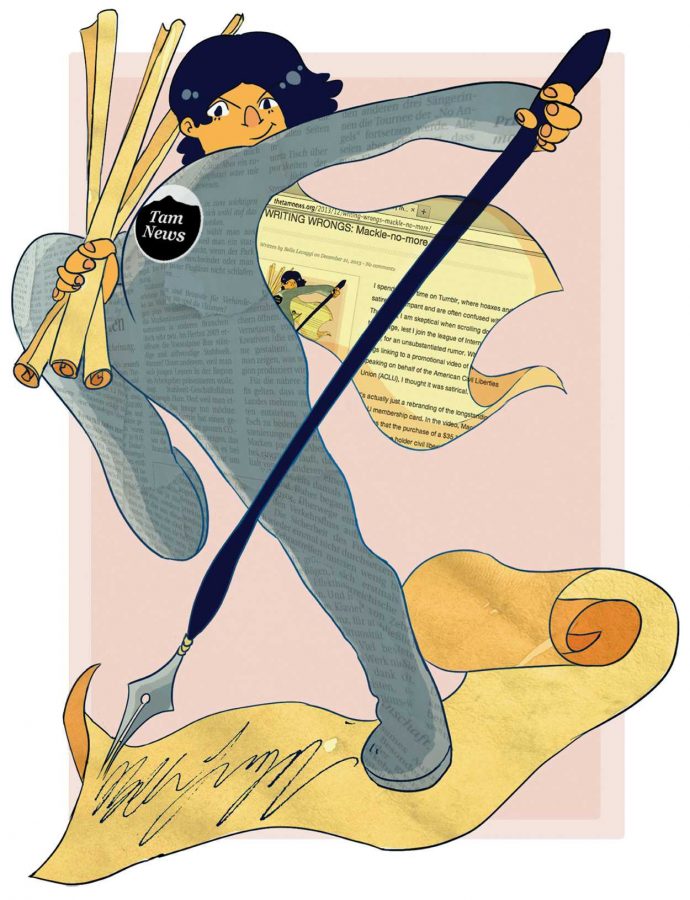 This month, I was ready to write a short column heaping the entirety of my secret rainbow glitter stash upon Ellen Page, who used a Valentine’s Day speech for the Human Rights Campaign as a platform to publicly come out as gay. I was going to make a lot of points about the importance of celebrity visibility and real-life role models, and there’s a good chance I still will in a future issue.

But then I learned about Jared Leto and his role in “Dallas Buyers Club.” From the corners of the Internet seeped blatantly transphobic quotes from Leto and director Jean-Marc Vallée, and I began to realize that the role of Rayon, a transgender woman clinging to life during the AIDS epidemic of the late twentieth century, should never have gone to Leto in the first place. Going into this, I should note that because I identify as cisgender (meaning my gender identity matches the sex I was assigned at birth), my opinion shouldn’t necessarily be held as an authority on the extent to which this topic is offensive to the trans community. That said, it’s important that the discussion and the viewpoint of transgender individuals regarding this topic finds light.

While college applications and a perfectly healthy “Breaking Bad” binge prevented me from getting around to watching “Dallas Buyers Club” as a whole (I did watch clips of Leto’s performance), I know the gist of the film’s premise. Matthew McConaughey’s character is diagnosed with AIDS and then embarks on a mission to distribute much-needed medication on the black market with the help of Leto’s Rayon. While I can’t speak to the quality of the plot, writing, or the cast’s performances, I’m very confident that there is no performance that Leto could have given that could justify this appropriation of a trans role by a cis actor. Such an act rips away from a trans actor an unparalleled opportunity to tell a trans story in an industry that currently has little to offer trans actors aside from bit parts on crime and medical dramas (Laverne Cox’s prominent role on “Orange is the New Black” is a major exception). I think it’s fairly simple: a trans woman was robbed of visibility and opportunity by this casting choice.

Vallée and others don’t have the grounds to defend Leto as the best actor for the role. A TIME.com article published on March 4 reported that when a CBC radio reporter inquired as to whether filmmakers even considered casting a trans woman as Rayon, Vallée delivered a priceless comment that speaks for itself: “Never. [Are] there any transgender actors?… I’m not aiming for the real thing. I’m aiming for an experienced actor who wants to portray the thing.” While the French Canadian Vallée’s English makes the sentence more than a little awkward, it’s important to focus on the fact that no trans women were ever considered. The quote also implies a belief that no trans actor could have had the ability to pull off the performance, which, though perhaps true—Leto won an Academy Award for this role, after all—, is too much of a presumption to make. Also, it should be kept in mind that this quote also comes from the man who allowed the use of male pronouns for Rayon’s character in both the script’s dialogue and, more problematically, in stage directions. Such misgendering reveals the transphobia of the filmmakers, rather than that of other onscreen characters.

The fact that Leto is cisgender drives the conversation to focus on the degree to which he was convincing as a trans woman, rather than to how well he played a woman battling both AIDS and a world that hated her. It’s valid to argue that this is just a role and, as an actor, Leto is just doing his job by, well, acting. But it’s also necessary to consider why so many in the trans community resent the emphasis this places on the presentation of gender identity. Our society has an obsession with gauging whether or not the transgender individuals that we interact with everyday effectively “pass”—an idea that harmfully fuels personal gender dysphoria (a feeling of discontent with one’s body due to one’s perception of their own gender). Leto has further played into this misplaced emphasis throughout the course of his awards show appearances. In his Golden Globes acceptance speech, Leto spoke at length about how “shocking” it was for him to have waxed his body, even saying of his interest in the role that “I thought I’d look pretty good in a skirt.” This, combined with his inability to ever say the word “transgender” in his vague references to “this beautiful creature” and “the Rayons of the world,” add further insult to the injury of his casting.

Sentimentally, I will forever fight to protect the inclusion and integrity of the people whose stories are rarely told. It may not follow a line of tightly drawn logic, but I don’t think it’s fair to see people praised for convincingly portraying dramatized versions of discriminations that some of us experience every day. This isn’t about acting out the struggles of an emotionally distant detective whose whole family was murdered, or a protagonist’s mother battling severe alcoholism. It’s about individuals within spheres of systemically harassed existence. As someone who’s seen the roles of queer women go to straight actors time and time again, I am empathetic towards the trans women out there who only want to see themselves represented by one of their own—someone who will never crack jokes conflating bikini waxes and high heels with the bigoted hurdles scattered throughout their lives.