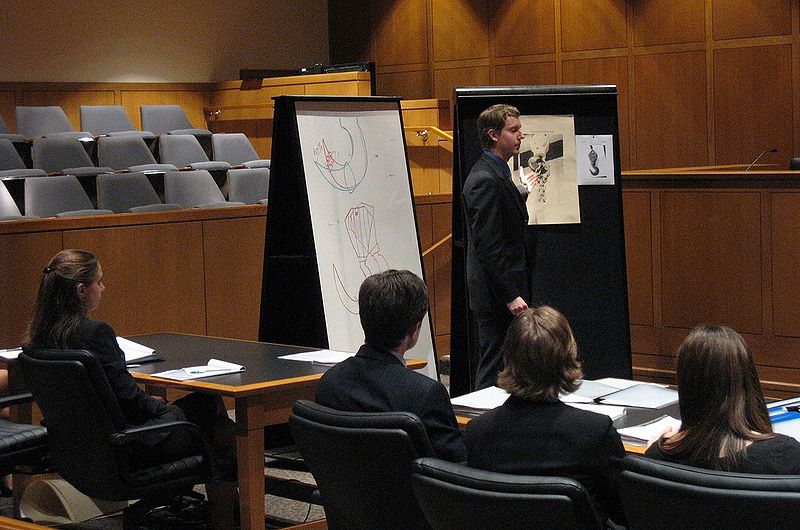 “We didn’t do as well as we have in recent years,” Swanson said. “But each round [of the competition] felt fantastic and everyone went above and beyond what was expected of them…we really came together and had fun. When it comes down to it, that’s what mock trial is about.”

Junior Russell Wirth also was pleased with the team’s efforts. “The team did fabulously,” Wirth said. “We held our own against some very strong teams…the competition was fierce this year. Teams have really upped their game over the past few years at state.”

The fact that this year’s team was comprised primarily of freshmen and sophomores new to the mock trial program provided a challenge for the group.

“I am so proud of what we accomplished, especially considering the fact that [many] of the attorneys, as well as almost every witness, were new to their role this year,” Wirth said.

The individual awards won by members of the team included Best Witness Award (won by Chorley for her role as an undercover police officer), the J. Skelly Wright Award for Constitutional Advocacy (awarded to Swanson for his work in the role of defense pretrial), and a Prosecution Pretrial Award (won by Allen).

The state competition marked the end of a season in which the team took first place at the Marin County Mock Trial Competition for the 19th consecutive year.