Homecoming and Welcome Back Rallies Combined 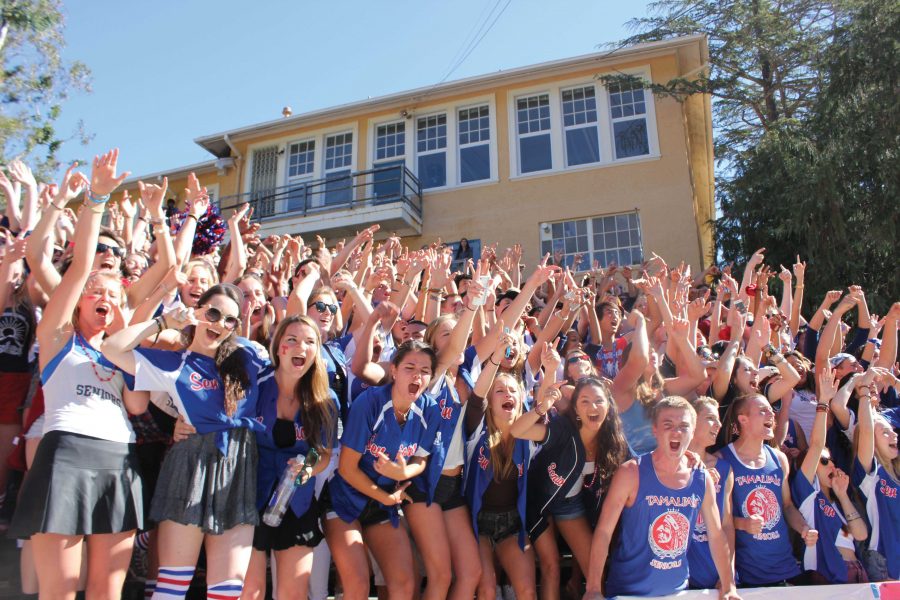 This year’s Homecoming and Welcome Back rallies, usually conducted as separate events, will be combined into one rally that will be held at tutorial on Friday September 19. According to English teacher and Leadership adviser Jessica Variz, the decision to combine the two rallies was made as a result of the relatively early date of this year’s homecoming festivities.

“We would have a Welcome Back Rally, were it not for the fact that Homecoming is so early [this year],” Variz said. “Normally the Welcome Back Rally would be the second or third week of school…but that would be a week before homecoming. The idea of having two rallies essentially a week apart from each other seemed kind of unnecessary, and [it] also seemed like [that] might take away from Homecoming, which should be the more celebrated event.”

Senior Dave Peters felt that holding a single rally would have an effect on students’ experience, particularly seniors. “I always thought the Welcome Back Rally was very special, mostly for the seniors because they had always been able to run through the banner and take their new place in the amphitheater,” Peters said. “It has always seemed like a milestone in high school. Once you run through that banner you know that you really are part of the senior class.”

Senior Erin Butt felt that combining the two rallies might detract from the program. “We have so few rallies throughout the year as it is, and each rally by itself had a distinct theme and purpose,” Butt said. “Between class cheers, announcements, lip syncs, activities, homecoming court, and performances, there might be too much going on. I still think there will be lots to watch and get excited for with this upcoming rally, but I would have kept the two separate.”

Others felt that the combination of the two rallies will not be of consequence. “I couldn’t care less,” junior Reed Felder said. “I don’t think it will affect the program [significantly].”

According to Variz, Leadership organized the single rally in a manner that will maintain the essential components of each of the individual rallies’ programs. “The cool part about it is that we kind of get to keep the good stuff,” Variz said. “Seniors will still have their big moment walking in. It’s kind of like the best parts of both [rallies] will be featured.”