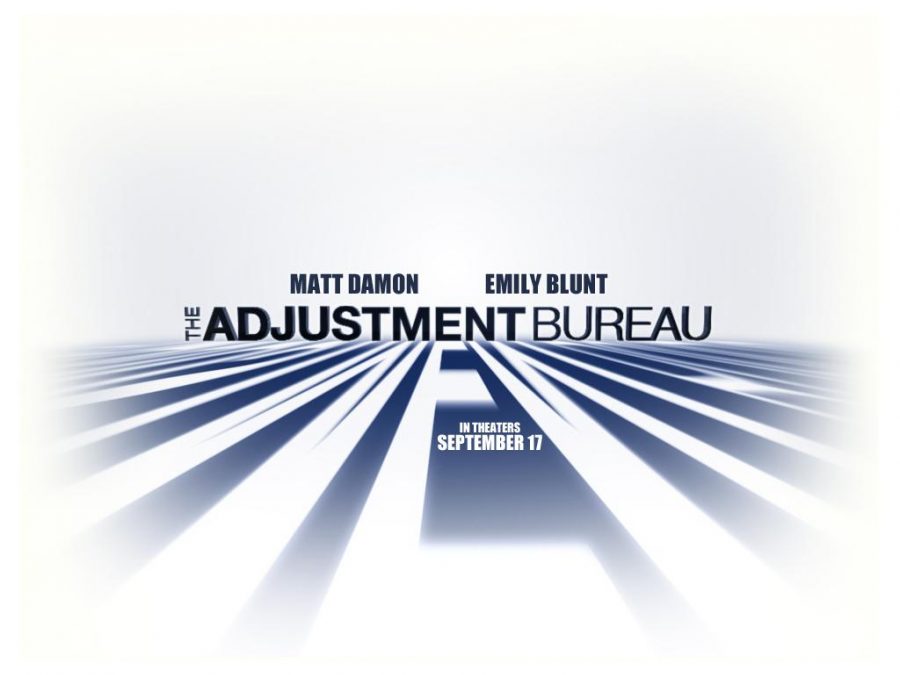 When I first heard about “The Adjustment Bureau,” it sounded fantastic. Matt Damon and Emily Blunt work off a script by George Nolfi (writer of “The Bourne Ultimatum” and “Ocean’s Twelve”), set in a world where every aspect of everyones  lives are controlled by a team of men, called The Adjustment Bureau. They create a plan for every person’s life and make sure that they follow it, to a good life or a failed one. Damon attempts to defy the plan they’ve created for him, by falling in love with Blunt and running away from the organization. However when I saw it, I had such low expectations, I actualy enjoyed it.With a less than intriguing trailer and the mediocre marketing that followed, most of the interest I had invested in the film diminished quickly.
What really makes the film worth watching isn’t the world Nolfi created for it, but rather the chemistry that Damon and Blunt share on screen. Many films similar to “The Adjustment Bureau” rely so heavily on the strength of chemistry like this, that they often glaze over the development of the romance in order to focus on the rest of the story, which leads to an unconvincing romantic relationship. However, this film focused a lot on the romance, almost to the point where some plot is lost. In the end it balances out though, with a completely adequate script powered by the convincing acting all around.
Damon is as charismatic as a politician running for senate. The film opens with a well paced montage of him campaigning, with many welcome cameos, such as Jon Stewart and Jesse Jackson. Blunt isn’t quite as likable, but does her job well by complementing Damon’s character. Each moment they share together on screen is entertaining and the way their relationship is built is realistic and believable.
Unfortunately the biggest fault that the film has is its ending. The film is based around a very silly idea. No one could ever really believe . Despite that and  the subpar ending, the film is very enjoyable, just marketed very poorly. Don’t trust the ads-you’re in for a far better film.