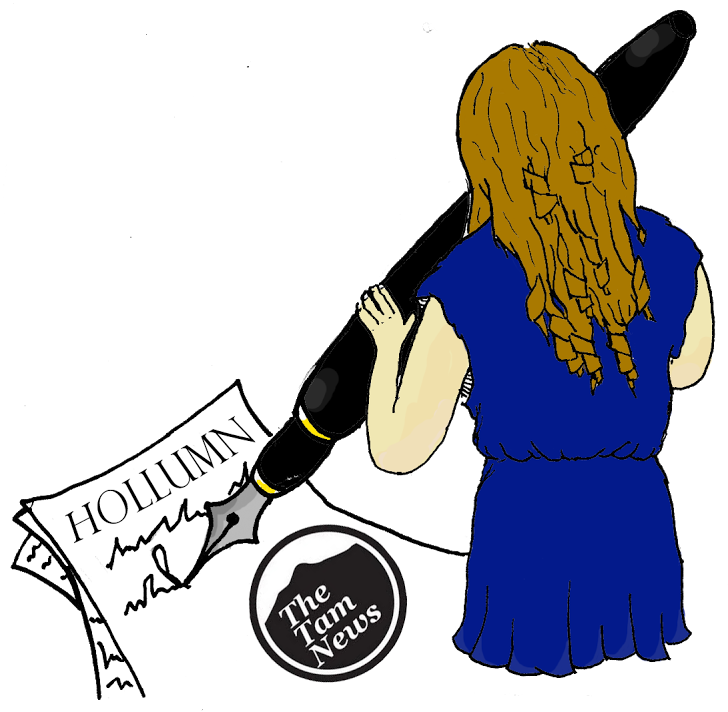 As you can see in the PAI yearbook or any senior’s current profile picture, senior portraits are held in much higher esteem than regular high school yearbook photos. There are formal outfits, multiple poses, and the magic of digital retouching to help us suppress the memories of teenage skin when we look back on our photos years from now. Senior portraits are a big deal, and something of a tradition for Tam students, something that everyone experiences. Clearly this tradition is so stuck in the ways of the past that it is not able to accommodate students with more varied preferences and choices.

When I stood in line during late November to take my senior portrait, I could see the “outfits” – or rather, the small cape-like drape and the half-a-suit – hanging up on the racks by the portrait area. Traditionally, female students are fitted in the drape – which, with the power of photo cropping, becomes an elegant off-the-shoulder look – and male students wear the suit and tie.

However, there are some people who would feel uncomfortable wearing the clothes traditionally assigned to their gender whether it is because they identify as a different gender, because they simply don’t want to wear the clothes, or any other host of reasons. In this day and age, where trans awareness and rights are slowly emerging as a more recognizable facet of the LGBTQA+ movement, I’m sure many Tam students are aware of this fact. ABC School Portraits clearly is not. Or they do know it and are simply choosing not to respect the preferences of those students.

I have heard multiple reports – and witnessed one while waiting for my own portrait – of students not being allowed to wear the outfit not assigned to their gender without a signed permission slip from their parents and the school office. Many students were not made aware of this fact until they actually showed up to their appointments and were denied their choice to dress in whatever way makes them most comfortable. In fact, since many of the portrait appointments take place after school, most students couldn’t even find anyone in the office to sign the form, let alone their parents. This arduous process shouldn’t even exist in the first place, but to handle it in such an inefficient and thoughtless manner only adds insult to injury.

Perhaps ABC School Portraits is concerned about certain students taking advantage of more lenient clothing requirements. There is always the possibility that girls might start wearing the suit, or that the boys might start wearing the gown, as an attempt at a joke. But who cares what students want to wear, for whatever reason? At the end of the day, ABC School Portraits still gets the money and the students are stuck with whatever overpriced portraits they paid for.

Despite this upsetting display of transphobia in the name of tradition, there is an upside to this story that I observed firsthand. When the student in my appointment line was disallowed to wear a suit rather than the gown, the majority of students in line with me were quick to object – either amongst or to the photographers themselves. My peers recognized that these standards were unfair and problematic, and I was heartened to see other students taking notice of the issue, even if they were not directly involved. Of course, I – and I’m sure others – would prefer that this issue had not arisen in the first place, but it was still a very pleasant surprise to see such a vocal show of disapproval from students.

If Tam can continue to foster a community of students who take interest in problems like these, we are one step closer to stopping such insensitivity in our community and in the world.

For now, I can only implore ABC School Portraits, or whoever continues to hire them for our school portraits, to respect the many preferences of the students they serve, and to not turn something as pedantic as a torso-length piece of fabric into a human rights issue.

The comfort of students in how they are presented far outweighs “tradition.” It seems unfair that in addition to confusing scheduling, inefficient ordering, and ridiculously expensive photo packages that come hand in hand with school portraits, we should have to also worry about losing our right to personal expression and gender identity.