Mock Trial Wins County for 20th Year in a Row 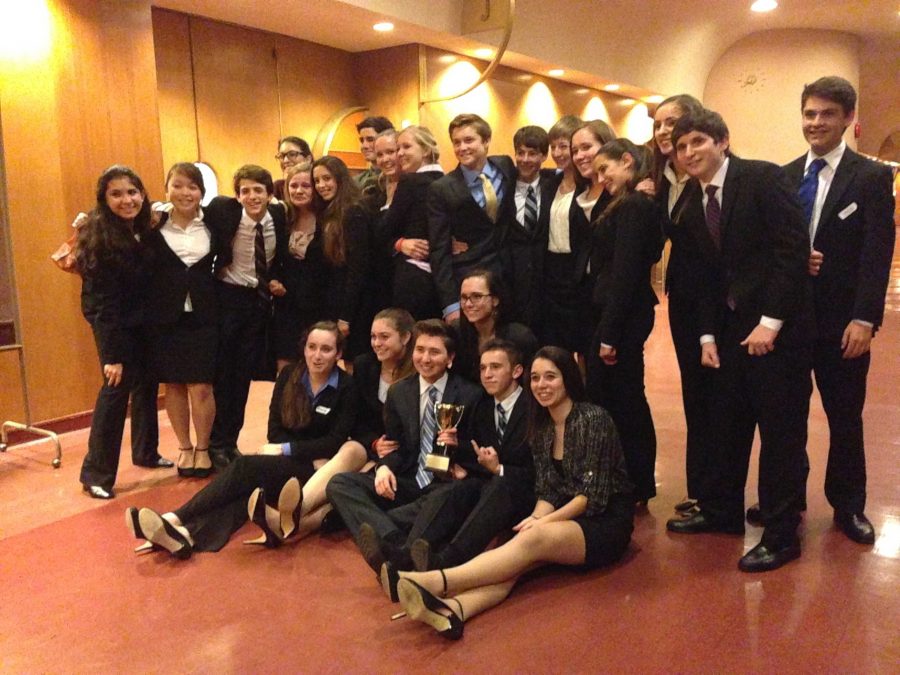 The Mock Trial team secured another county championship, their twentieth in a row on February 7th at the Marin County Civic Center. “This year’s mock trial team has shown itself to be one of the closest knit families that I’ve had the privilege to be a part of,” co-captain and senior Russell Wirth said. “I can’t express how proud I am of the level of excellence everyone performed at during the county rounds.”

The 2014-2015 team had a higher number of freshman in starting roles. “This year, we had a high concentration of new team members who had roles; I’ve been consistently blown away by the effort and dedication exhibited by everyone,” Wirth said. “I know I speak for the team when I say we couldn’t have done it without the unbelievable support we receive from our coaches, parents, alumni, and friends.”

The team will advance to the state championships on March 20.