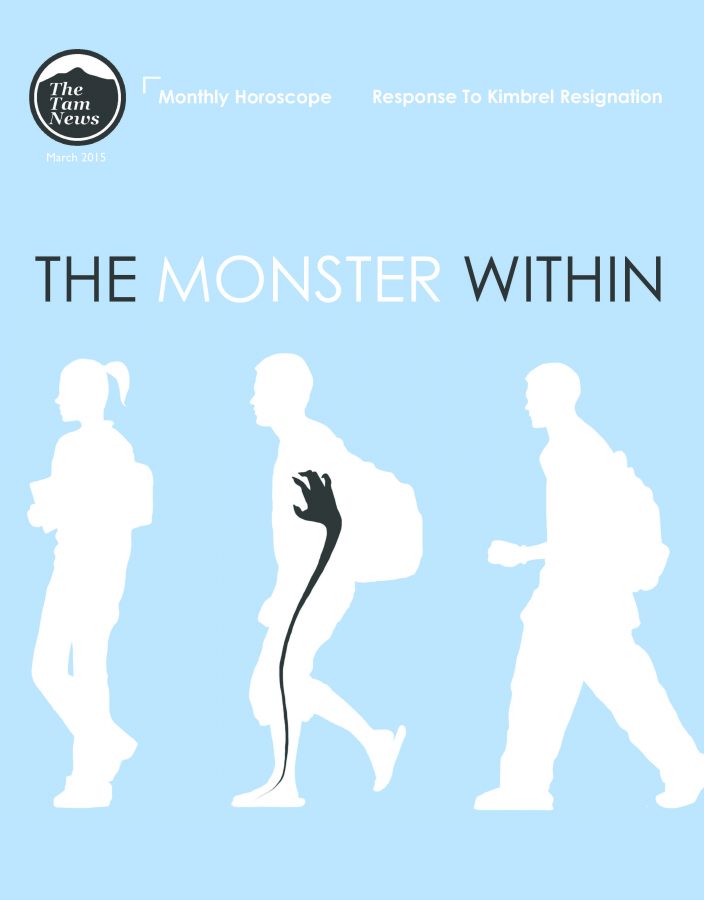 At the age of 11, I was diagnosed with generalized anxiety disorder, a psychological disorder defined by excessive or unrealistic anxiety about everyday things. According to the Anxiety and Depression Association of America (ADAA), anxiety disorders are the most common mental illness in the U.S, affecting about 40 million adults and 25.6 million teens between the ages of 13-18.
Anxiety is commonly experienced when facing something new; for example, speaking in front of groups, taking a test, or any other daunting situation. However, for someone with an anxiety disorder, these feelings will be more intense and experienced for longer periods of time. People who have anxiety disorders can also experience anxiety during everyday activities that wouldn’t cause stress for most people. In addition, people normally don’t let their stress get in the way of their daily activities or lifestyle, while sufferers of anxiety disorders will worry constantly about the problem, preventing them from going about their regular routines. For example, students with anxiety disorders will worry excessively about a small quiz or project so much so that they can’t concentrate on the exam or will completely forget the material, similar to what happened to me.

All anxiety disorders have common traits, such as a trigger. Depending upon the person, every trigger can be different. Some common triggers include confrontations with friends, authority figures, or teachers. Types of anxiety disorders include panic disorder, social anxiety disorder, and specific phobias as well as generalized anxiety disorder.
According to the National Alliance of Mental Illness (NAMI), the human “fight or flight” response is less regulated on people with anxiety disorders.
Counselor Evelyn Dorsett believes that everyone suffers from some form of anxiety. “I think if we were all to be honest with ourselves we all suffer from anxiety, that’s just kind of normal human life,” Dorsett said.

Although many students experience anxiety or stress, there are some students who feel it harder than others. Jasmyn, a junior girl who agreed to speak on the condition of anonymity, never experienced any anxiety problems as a child until about a year ago.

“You start to get this panic feeling, almost like you are in danger 100 percent of the time,” Jasmyn said. “Your heart starts racing and you’re sweating and you can’t breathe, and then you slowly fall in dissociation. With that comes a whole bunch of things like I don’t know who I am or don’t know where I am and everything just morphs together.” When anxiety started affecting her school work and her attendance, Jasmyn received her diagnosis of generalized anxiety and dissociation to panic.
According to the NAMI, anxiety disorders often do not develop in a person until around six years old. Of the one in five U.S. children suffering from anxiety, about 25 percent will continue to experience anxiety into adulthood.

While anxiety has always affected people, Dorsett believes that anxiety has not only increased in the recent years but that doctors are watching for symptoms in their patients more than they did in the past. In 2000, a study published in the Nuffield Foundation’s Changing Adolescence Programme found that “the proportion for 15-16 year olds reporting frequently feeling anxious or depressed has doubled in the last 30 years.”

“I think people are paying closer attention to it so we are finding more and more people with disorders,” Dorsett said. “The reality is; [in] your personal life, your home life, your school life, you all experience anxiety to a higher form. Whenever we throw in a stressor, like [a] test and projects and college it increases significantly. I think we can’t control it as much as we did before. People give up easier sometimes because they don’t want to work with it. I’ve seen certain triggers increase the amount of anxiety we have especially in Marin County and at Tam.”
According to students and counselors, anxiety is more common in Marin County due to high expectations from family, school, and peers. “In Marin; [a] not diverse [and] a very high achieving area, there is a lot of pressure [to succeed]. It’s not like this elsewhere. I mean, there’s pressure other places but not like this,” Jasmyn said. “Your parents are Ivy League [graduates]; they expect you to go there too. Or they play some kind of sport and they expect you to be the top. There is pressure here that is different [from] stresses elsewhere. Here there is a massive amount of pressure on schoolwork and work and I definitely think there is a higher amount of anxiety here.”

Back in sixth grade, I agreed that where I live had an impact on how I felt about my disorder. When I was diagnosed, my parents and I had no idea how to deal with it. I also had no idea what to tell my friends or peers. For me, telling friends that I had a disorder was very hard. In Marin County you are judged if you are different.

Dorsett has noticed the impact of the community among her students as well. “I think where you have a high population of [parents] who are well educated and high achievers [they] expect [their] kids to turn out the way they did,” Dorsett said. “I think there [is] a sociological aspect to it as well as biological aspect. People in families who are completely normal with no history in the family of anxiety can get it just by living in the places they do such as Mill Valley. The expectations from colleges [are] not the same as it was [for this generation’s parents] and it becomes harder for students to get into the same colleges that their parents got into. So the parents expect more from the kids and it stresses them out to a level that they can’t even handle.”

Marin child psychologist Madeline Levine states in her book “The Price of Privilege,” that as many as 22 percent of adolescent girls from financially comfortable families suffer from clinical depression. According to Levine, mental health problems “can be two to five times more prevalent among private high school juniors and seniors,” than among their public-school counterparts. She explains that teens and preteens from affluent, well-educated families experience some of the highest levels at anxiety disorders and unhappiness of any group of children in this country.
Ideally, Dorsett said, students should talk to their parents at the earliest signs of stress. “But most kids won’t go up to their [parents] and [tell them they’re stressed,]” she said. “Those conversations need to happen because we know that parents want the best for their kids and sometimes as adults we are pushing and sometimes we don’t need to be pushing.”
Bay Area Community Resource counselor, Rebecca Johnson, said she isn’t aware of any statistics that show that anxiety disorders are higher in affluent families. However she does know that they are more exposed to certain pressures. “Children of affluent families are more vulnerable to certain performance pressures not seen in other socio-economic [classes]. I see many teens who are sleep-deprived and overly scheduled in well-intentioned effort to get into the right college,” Johnson said. “These pressures in many cases are not age-appropriate and can lead to high stress levels in teens. High stress load is linked to anxiety and depressive disorders.”

Dorsett also believes that anxiety has become more common, not just in areas like Marin, due to a creeping trend among teenagers attempting to grow up too fast, a phenomenon she did not see in the past. “A lot of high schoolers live extremely fast lives,” Dorsett said. “Even [for] adults the things you guys do would stress them out. What kids were doing 20 years ago is not the kind of stuff [teenagers now] are doing and I think a lot of adults feel like it’s too much, too fast, too soon and feel like you aren’t ready. [Teenagers] get a lot of anxiety in the situations [they] put [themselves] into.”

Jasmyn feels a lack of understanding of anxiety disorders is the most challenging aspect of her condition.

I agree with Jasmyn that the lack of understanding adds to my struggle. Back in sixth grade when I was diagnosed I felt so alone because it seemed like nobody could understand what I was going through. School counselors and doctors advised that I start taking medication or seeing a therapist, which made me feel more embarrassed of my condition. I didn’t want to be the girl that had such a bad problem that she had to take medication and see doctors. I didn’t really have much of a choice, however, because my parents wanted me to get help. The medication I initially took was supposed to make me feel calm and relaxed but instead it made me flat and numb and, as a girl in middle school, I wasn’t exactly comfortable with the idea of a therapist and talking to someone I didn’t know about my problems. After about a year I just stopped taking medication altogether.

In high school, I was placed in Academic Workshop, a support class where you use your time to work on homework and have extra time on tests. This exacerbated my feeling of isolation because while my friends could take chorus or art and a language, I didn’t have the choice. So when I started taking a language my sophomore year I was behind most people in my class. In addition, when kids asked what class I had next I would just say a free period because saying I had Academic Workshop made me feel crazy. In fact, the first couple times I told people I was in the class they gave me looks of confusion or a weirded out look. Even now kids will find out about my disorder and look at me different.

Being diagnosed with an anxiety disorder means that I will never fully get over my disorder. Whle it is not constantly affecting my daily life as it was when I was younger, it is always going to be there. I always am in fear of going into a stressful situation and having an anxiety attack. However, being able to admit that I have anxiety attacks has allowed me to feel more comfortable and willing to talk about what I am experiencing. The most important part for me is remembering that I can get through this on my own and no matter how bad it feels I know that it will pass.
Dorsett feels it is important for students with anxiety to talk to others to minimize this feeling of isolation and eliminate the lack of understand. “I think if you are feeling anxious about something, the first thing to do is to just calm yourself down and ask for help, talk to somebody, talk to a friend, and just say help me through this, help me come up with plan,” Dorsett said. “Sometimes there is a level of stress that is just too much. For example, when it’s finals week and everybody is freaking out about finals, most of it is environmental, allowing some people to really take off with [a worry], when there really is no reason to take off,” Dorsett said. “When we get into finals you’ll walk into finals like ‘oh my god it’s finals this is going to be horrible.’ You have already set up a pre-existing position, there’s already a fulfilling prophecy and you’re already anxious. But if you go into finals and think ‘this is manageable’, then you’ll be fine. Being a teenager in this generation, there is so much on your shoulders and you feel the need get anxious about every little thing, like your life depends on it.”