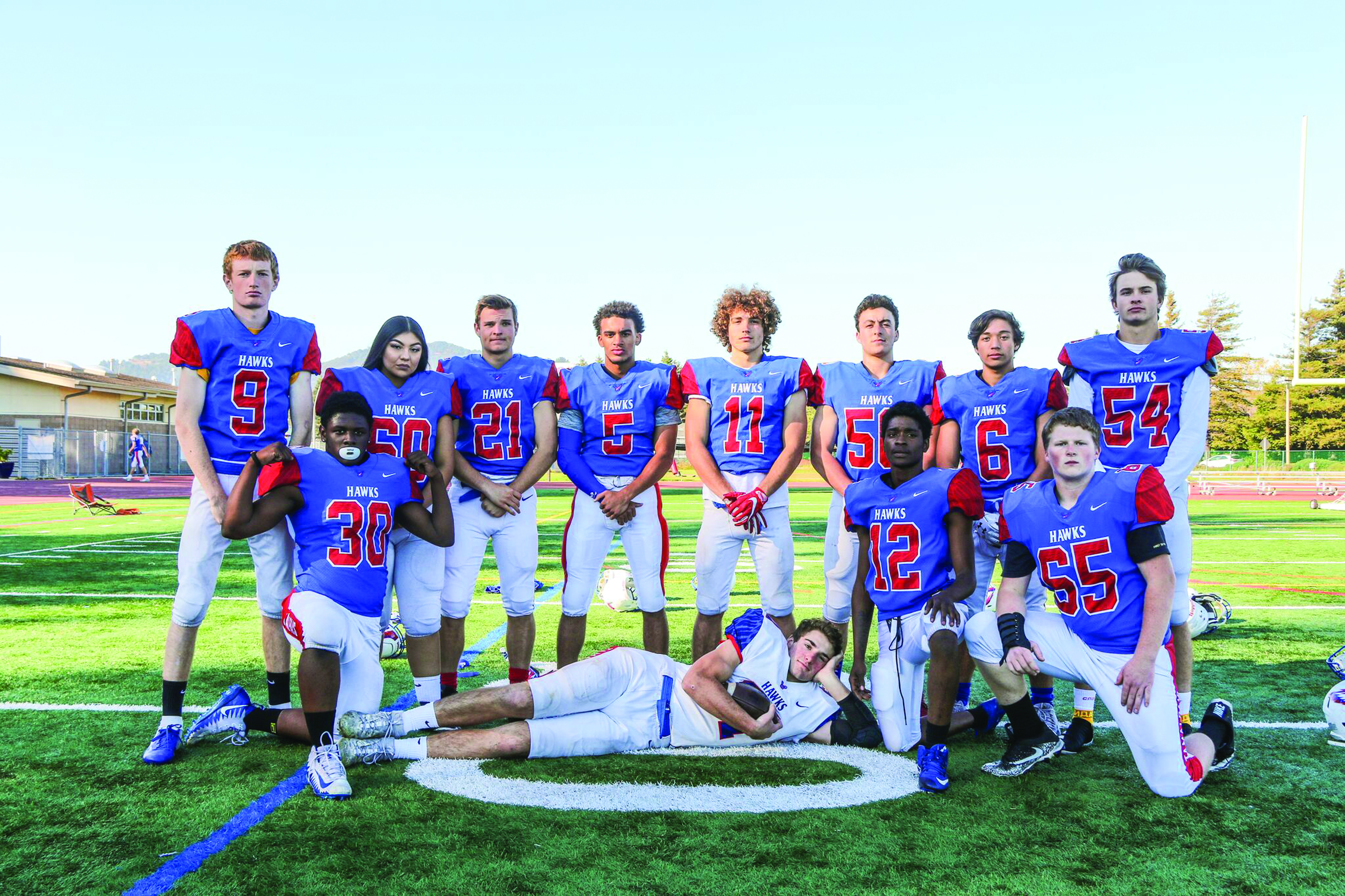 Flag on the Play

Tam High Football was shocked to read a Tam News article that made unfounded assertions, stating the football team perpetuates misogyny and discourages members of the Tam community from participating solely based on their gender. These misdirected shots in the dark, from the article “Girls can have Balls Too” (published in the November issue), are a twisted attempt to put down an entire group of students based on generalizations and stereotypes. Contrary to the author’s beliefs, Tam High Football is full of intelligent, open-minded individuals who feel attacked by the harmful generalizations written in the article. The argument here is not a rebuttal to gender equality in sports, the article’s main point, but a critique of certain written statements in the article that misguidedly blame the Tam football team for issues of which we are not to blame.

The author begins their piece with, “Football. That is what it is called when men play it. Powder Puff is what it’s called when women play it because god forbid women are taken seriously enough to play a sport that is technically co-ed.” The author claims that women aren’t taken seriously enough to be a part of our program, and therefore are discouraged from participating. This is false. The lack of female representation in high school tackle football at Tam is not due to some player-run campaign in which members of the organization patrol campus demanding that female students not participate; it is caused by a greater societal wound originating from outdated and disappearing mindsets of older generations who grew up in different social climates.

Our team is not technically co-ed, it is officially co-ed, and this is embraced. We are working hard to overcome centuries-old stereotypes and gender norms that have circulated our sport, but this becomes difficult when articles such as “Girls can have Balls Too” continue to perpetuate them. It seems as if the article gets its information from an 80’s high school movie where the big dumb football player in the letterman jacket shoves the nerd in the locker. This year the football players worked alongside staff and the student leadership to change the title of the tradition from Powder Puff to Football Fest. In an article pushing for change, it apparently fails to recognize the change that has already happened in high school culture and is continuing to happen.

The second claim that we find disagreeable in “Girls can have Balls Too,” is written as follows: “…I just don’t have it in me to deal with the continuous misogyny that comes from not only the school but even from within the locker room.” Following up this sentence is an analogy, with the purpose of comparing our organization to the “Pussygate” scandal, which involved President Donald Trump bragging about sexual assault. This piece is attacking the entire group of students who choose to play football at our school only based on stereotypes, in an article denouncing stereotypes.

To call the piece hypocritical is an understatement. The cheer team is “technically” a coed varsity sport, yet there seems to be no male representation. Are the cheerleaders to blame? The article’s claims are unreasonable and illogical. The cheerleaders and the cheer team as a whole are not at fault. Historically, society has condemned male participation in cheer, primarily because of homophobia. Similar logic applies to our situation. The problems that persist are only there because of historical flaws that are in the process of being ditched by modern society, especially in Tam culture, not because of Tam football players, which is what the article is arguing and why we felt we needed to rebut.

Football and most other historically male-dominated sports have tainted pasts that have been fading out of their culture, but nevertheless they persist. The macho persona portrayed in the media, the misogynistic locker room jokes, the individuals participating in a sexually harassing manner, are stereotypes that still haunt school sports organizations today. But it cannot be stressed enough that today’s Tam football organization is doing their best to distance themselves from these unacceptable behaviors. This type of activity is heavily discouraged in our organization. Head coach Matthew LemMon would never tolerate such acts, and actively seeks to improve player’s mindsets and instill progressive values into the teams culture. The anger in the article is misplaced and singles out football players as the enforcers of misogynistic values on campus.

The football team would always appreciate more female participation, and we highly encourage any student wishing to play to get out and do so. This year we were grateful to have a female player, but we are not going to parade her around as some sort of token woman, because she is much more than that to our organization. She is a teammate and a family member and is treated and looked upon in that way and no other. There is nothing that Tam football players are actively participating in that is holding any female student back from participating.

Our head coach describes our team environment perfectly when he said, “When you put pads on, everyone pretty much looks the same.” We as student athletes know what our program truly stands for. We understand the author is entitled to their opinion. As a football team, we plan to take her perception into consideration to continue working towards a more inclusive program. If any student at Tam should take interest in playing football, our organization welcomes you with open arms. The article’s byline reads “Time’s are changing, so should sports.” Times are indeed changing, and our organization is proud to be changing with it.